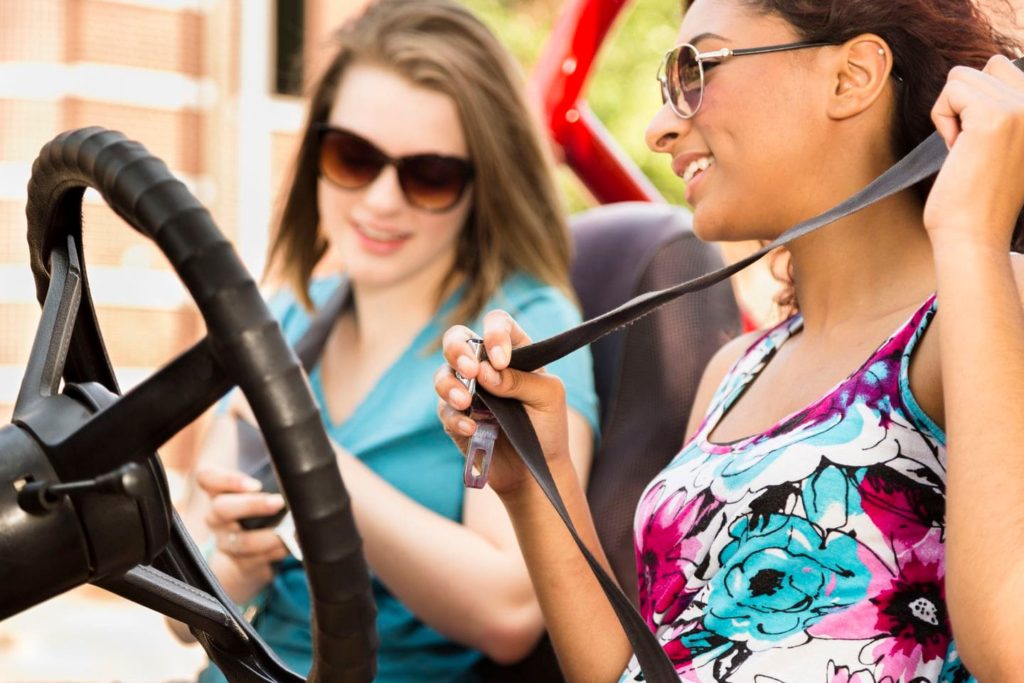 Originally published on September 4, 2019 on Washingtonpost.com.

My 17-year-old son routinely walks to Chipotle, about a mile away. He cuts lawns in the neighborhood, eliminating a commute to his summer job. When he goes out socially, he rides with friends or takes Uber. He was registered for driver’s education last summer, but had a scheduling conflict with a baseball tournament. The tournament won out.

My son is by no means the only teenager who remains firmly rooted in the passenger seat. In 1983, almost half of the nation’s 16-year-olds carried a valid driver’s license. By 2014, less than a quarter did, according to a study by the University of Michigan Transportation Research Institute. Experts say driving is not the only adult activity that today’s teens are approaching with greater ambivalence than their counterparts in previous generations.

“The whole developmental trajectory has slowed,” says Jeanne Twenge, author of “iGen.” This trend, which cuts across demographics, represents a “cultural shift,” notes Twenge. It is also part of a trickle-down effect, as researchers report that 20-somethings are taking on adult responsibilities later, too.

There is even a name for the phenomenon marked by slowed maturation: emerging adulthood. Developed by Jeffrey Arnett, a research professor of psychology at Clark University, the term refers to the phase of life between adolescence and young adulthood, with a focus on ages 18 through 25. “Thirty is the new 20,” says Arnett, who notes that many people are staying in school longer, marrying later and having their first child later.

He points to his own children, 19-year-old twins, as prime examples of this slower trajectory. He says they did not rush to drive, they rarely drink alcohol and they have had minimal dating experience. “My own teen years were pretty wild in comparison,” Arnett says.

Whereas many parents recall rebelling against their own parents and plotting ways to distance themselves — including getting their driver’s license and moving out of the house — that desperate teenage desire for independence seems to have waned.

Vered DeLeeuw, a recipe blogger from San Francisco and parent of 19- and 17-year-old daughters, sees it in her own children. “They enjoy our company. They don’t have a burning desire to leave us and disconnect from us,” says DeLeeuw, whose children did get their driver’s licenses as soon as they were legally able.

Baltimore-based parent Nancy Williams reports a similar experience with her 21- and 24-year-old children.

Pondering her own children’s paths to maturation — both are in college but have fallen behind the traditional four-year trajectory — Williams says she has thought a lot about why kids are not launching the way she and her peers did. “For some, they don’t see the point or derive any satisfaction from doing ‘adult’ things like driving, paying bills and being independent,” she says.

Emily Denbow Morrison, a high school English teacher in Maine and mother of two teens and a tween, says her 16-year-old daughter Addie does not have a driver’s license or even a learner’s permit. Nor is she interested in visiting colleges or getting a part-time job.

“She’s not ready yet,” Morrison says. “She likes being a kid, and to her, when you’re driving, working and walking around a campus where you’ll be separated from your family for four years, you’ve left the kid theme park.”

Many experts suggest teens are gravitating toward the “virtual” freedom they find through their smartphones. But experts also point to a less tangible reason for the waning interest in activities emblematic of independence: an evolving parent-child dynamic. Perhaps this reluctance to grow up contributes somewhat to teens’ well-documented drop in adult activities — including having sex, dating, drinking alcohol, working for pay, going places without parents and driving. Twenge led a broad analysis of more than 8 million U.S. adolescents between 13 and 19 years of age from 1976 to 2016 to learn whether and when they engaged in these adult activities. The research revealed a decline in engagement across all activities.

Some examples stood out. In the early 2010s, 12th-graders got together with friends less often than eighth-graders of the 1990s. In 2015, 41 percent of high school students were having sex compared with 54 percent in 1991. Alcohol use declined among all adolescent age groups over time. And, as findings from the University of Michigan Transportation Research Institute study showed, so too did driving rates.

While parents may be relieved to see the slowdown in certain risky adult-like behaviors among teens, such as alcohol use and sex, they may be more perplexed by the delay in activities emblematic of maturity, including driving. But some experts place the blame squarely on moms and dads.

Psychotherapist Amy Morin, author of “13 Things Mentally Strong People Don’t Do,” says many parents fail to give their teenage children the message that they are capable and competent, thereby enhancing self-doubt and preventing teens from tackling adult responsibilities with confidence.

“Parents don’t let them fail a project or forget their sports equipment. They’ve acted more like their kids’ personal concierge than their parents,” Morin says. For these parents, she adds, it may be easier to continue driving their kids around than to hand over the keys. Some see the cellphone as another disabling crutch. “When the party is on Snapchat, you don’t need a driver’s license,” says Twenge. Today, 95 percent of teens have access to a smartphone, and 45 percent report being online ‘almost constantly’, according to data from the Pew Research Center. They crave peer interaction just as former generations did. But instead of connecting with their friends in cars, many choose to do so virtually.

Arnett acknowledges young people’s lukewarm interest in taking on adult responsibilities and activities, but defends the slowdown. “They [parents] are measuring young adults’ progress against that of people 30, 40 and 50 years ago,” he says. “They do take on commitments. They just do it later.”

Arnett sees no reason to complain about his own teenage children’s decisions to drive, drink, and date later and less often than he did. “I’m grateful that they give their parents a lot less cause for nights lying awake than I gave mine,” he says.