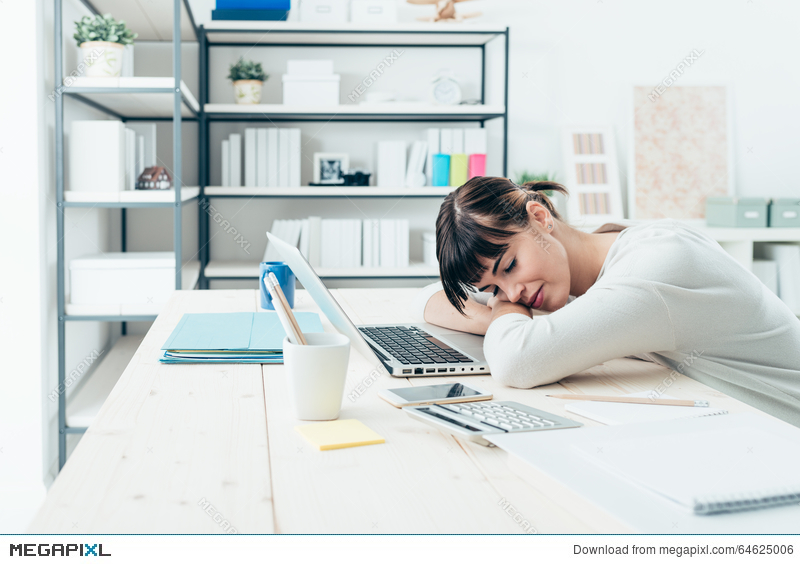 Late one afternoon during a particularly stressful week at work, LaWanda Stone Abernathy did what most officeworkers only dream of – she stepped away from her desk and into a dimly lit room, kicked back on a futon and fell asleep for a few minutes.

“Before I went in there, I was feeling totally overwhelmed,” recalled Stone Abernathy, corporate communications manager at Med-IQ, a health care company based in Catonsville.

“When I woke up, I was able to complete what I had to do that day. Otherwise, I would have been just spinning my wheels.”

Med-IQ calls it the wellness room. Other companies that provide similar amenities tend to label them quiet rooms, or refreshment rooms. Most companies steer clear of the term “nap room” since they’re not quite comfortable with the implication. But regardless of what they’re called, employers design them for one reason: to allow fatigued workers to take brief breaks while at work – either in the middle of the traditional workday or during extended work shifts. [Please see NAPPING, 5D]

Though the perk is slowly growing, companies that offer it point to scientific and anecdotal evidence that brief naps during the workday can help attract and keep good workers, reduce employee fatigue and improve productivity.

Still, many companies and employees frown on the practice, believing it shows a lax attitude toward the job during a time when there is more work than ever to do.

Adults average 6.9 hours of sleep nightly, down from 10 hours a century ago, according to a 2005 Sleep in America Poll conducted by WB&A Market Research. Of the 1,506 adults who responded to the survey, 17 percent said a lack of sleep leaves them feeling fatigued almost daily. Each year, fatigued employees cost U.S. companies about $18 billion in lost productivity, according to a 2006 report by the Institute of Medicine.

Some companies believe napping is an inexpensive way to head off the high price of sleepy employees, and have implemented policies accordingly.

“Research has long indicated napping to be valuable in the operational environment when it is not possible to obtain sufficient sleep,” said Diana Hemphill of the U.S. Army Aeromedical Research Laboratory. The Army now recommends strategically planned naps as one of several measures to counter personnel fatigue.

So does at least one hospital system, thanks largely in part to results of a 2006 study published in the Annals of Internal Medicine. The study demonstrated that medical interns working 30-hour shifts reported significantly less fatigue after napping an average of 41 additional minutes. The extra sleep came on top of the almost four-hour nap the interns typically took. The finding led to a systemwide policy change at all University of Chicago hospitals, whereby medical interns working extended shifts now are encouraged to turn over their pagers to other employees during designated times.

While the University of Chicago study did not compare error rates made by fatigued interns, a 2004 study published in the New England Journal of Medicine did. Investigators compared the error rate of medical interns working on an “intervention” schedule – where extended hours were limited – to interns working a traditional schedule of extended shifts that lasted 24 hours or longer. Interns on the traditional schedule made 22 percent more serious errors on critical care units, 20.8 percent more serious medication errors, and 5.6 times more serious diagnostic errors than their colleagues on the intervention schedule.

Despite documented benefits, napping on the job runs counter to the work ethic and overall psyche of many employees. That was made clear when many interns in the University of Chicago study declined to nap, despite permission.

“One of the biggest tensions for residents is between wanting to take care of their patients and wanting to get some sleep,” said Dr. Vineet Arora, instructor of medicine at the University of Chicago, who led the sleep study.

Likewise, most companies can’t stand seeing their employees lying down on the job.

“A lot of companies still equate napping at work with laziness,” said Tom DeLuca, a corporate consultant who trains work forces on how to power nap.

In a 2004 survey that polled 532 companies on how they react to employees found napping at work, 52 percent of respondents said the act is punishable by reprimand or suspension. Massachusetts-based Circadian Technologies, a consulting firm that performs research on ways to improve work performance, conducted the survey.

Aware of the potential consequences of sleeping on the job, many employees fight through fatigue at work.

“Right after lunch, almost every day at work, I feel the urge to sleep,” said Paul Altoz, a 42-year-old telecommunications executive in Arlington, Va., who frequently pulls 12-hour days on the job. During a career spanning 20 years, seven firms, and two cities, he has never worked for a company with an employee-wide policy on napping. So, he doesn’t give into daytime fatigue. To perk up, Altoz switches tasks to something a little bit more motivating, or takes a brief walk. When asked if he’d use a designated nap room if given the opportunity, he responds without pause, “Absolutely.”

Other workers nap on the sly.

When providing corporate training on how to counter fatigue during the workday, Darrel Drobnich of the National Sleep Foundation asks his audience if they ever head for their cars or a park bench during lunch hour to nap. He usually gets a large show of hands.

“One employee even confessed to napping in the staff of the company’s restroom,” Drobnich said.

DeLuca, the consultant who teaches corporate seminars on power napping, recommends that employees find a designated space, get rid of distractions like phones, use some sort of head support, and limit the nap to less than 30 minutes.

Though providing napping amenities is a progressive trend as company perks go, the concept is hardly new.

Some of the world’s great geniuses, including Beethoven and Einstein, dozed during the day. Leaders Winston Churchill and John F. Kennedy treasured midday naps. Before the intrusion of modern-day business practices, the midday siesta was sacred in Spain.

Companies that allow and encourage workers to take brief naps during work hours report several benefits. Some say it helps attract and retain good workers. Others note an increase in productivity, ultimately benefiting their bottom line.

“About six years ago, we were looking for ways to differentiate ourselves,” said Scott Testa, owner of Mindbridge, a Pennsylvania-based software company.

When the dot-com industry slowed, Mindbridge kept the nap room perk for its 80 employees.

“People like it,” said Testa, of what has become known as the “pillow room.”

Insulated with rubber walls and thick carpet and outfitted with futons and big pillows, the room receives regular visits from 20 percent of Mindbridge employees, Testa estimates.

Med-IQ in Catonsville doesn’t have a formal policy on napping during office hours, but company leaders believe benefits like the on-site wellness room encourage employee loyalty. And officials say the site’s 54 workers use the wellness room responsibly.

“Employees can go there any time of the day. It’s there to promote their wellness,” Stone Abernathy said. “We totally trust our employees not to abuse it.”