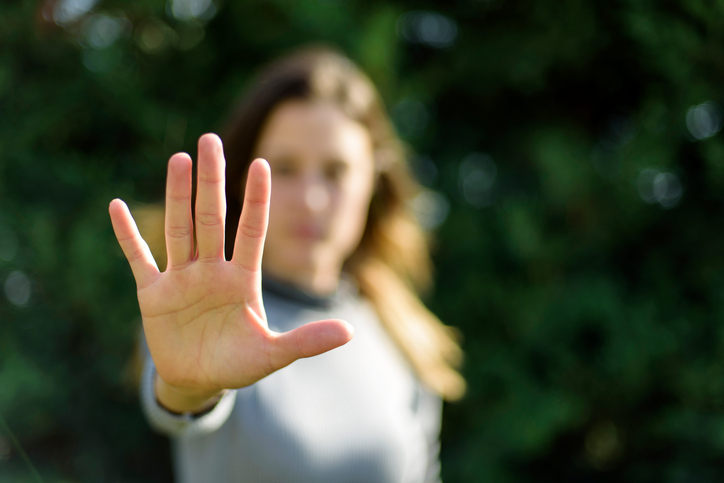 Originally published on WNPR.org on March 14, 2018

West Hartford resident Adrienne Doughty recalls the summer night in the family camper when her then-husband hurled an object at her that whipped past her head before shattering a window. The sound of broken glass brought a neighbor running. That started the 62-year-old on a long path of
healing from what she describes as primarily emotional abuse from her former husband whom, ironically, Doughty thought would protect her after she’d been the victim of date rape and sexual assault by a supervisor. “In those days, you couldn’t say anything,” she said.

Doughty found her voice at a workshop on intimate partner violence (IPV) offered by Susan Omilian, an attorney-turned-advocate of IPV victims after her 19-year-old niece was killed by her boyfriend. “Susan’s workshop was pivotal. I wish I had found it a lot earlier,” Doughty said. “You cannot recover alone.”

Perhaps that message is catching on.

In the last fiscal year, 29,290 victims sought counseling from the Connecticut Coalition Against Domestic Violence’s (CCADV) 18-member organizations, a 30 percent increase over FY 2016. But others don’t seek help soon enough. In the past decade, Connecticut has averaged 13 intimate partner homicides per year, according to records from the Department of Emergency Services and Public Protection. And, evidence suggests that the upcoming generation of Connecticut adults will face the threat of IPV on a similar scale: In 2015, 8 percent of high school students reported having experienced physical dating violence within the last 12 months, according to the state’s Youth Behavior Risk Survey.

Experts who have battled the violent cycle of IPV throughout their profession seem confounded by its continued prevalence. “Domestic violence is a learned behavior. It’s often generational; we know that,” said Karen Jarmoc, CEO of the CCADV. Despite a number of prevention initiatives and models that have been tested and found to be effective, Jarmoc acknowledges that the problem persists. “At the end of the day, it doesn’t feel like it’s going away or getting better,” said Jarmoc, who has devoted her career to combatting IPV. But
she is not without some optimism.

Jarmoc says that, compared to 40 years ago, advocates and providers know much better how to identify risk factors of domestic violence and how to work with survivors to keep them safe. “Hopefully, in another few decades, we will begin to see a cultural shift that everyone is working hard to achieve. It simply takes time,” she said. In the meantime, some promising efforts throughout the
state—involving teen leaders, innovative partnerships, and technology—seek to hasten that shift.

Teen Advocates
Connecticut teenagers have played an active role in bringing awareness to the problem of IPV among high school students. Under guidance from the Centers for Disease Control and Prevention, the state develops the High School Youth Risk Behavior Survey, offering stakeholders the opportunity to share
their input on its content. In 2007, a group of forward-thinking high school students involved in Norwalk’s Center for Youth Leadership took the
opportunity to advocate for questions on teen dating violence to be expanded in the survey. “They had the courage to come to the survey planning committee and say, ‘We see this unhealthy behavior in our peer group,’” said Celeste Jorge, coordinator of the Connecticut high school survey. Subsequently, the following questions about teen dating violence are now included in the statewide survey: Were you ever physically forced to have sexual intercourse? Experienced physical dating violence? Experienced sexual dating violence? In the 2015 survey, the percentage of Connecticut high school students who responded in the affirmative to these questions were 7.8
percent, 8 percent, and 11.5 percent, respectively.

“I think any rate above zero at this age group is concerning,” Jorge said.

Awareness Via Mobile Apps
New and pending strategies aimed at increasing awareness and prevention of teen IPV attempt to meet this demographic where they are: on their mobile devices. The CCADV has developed a mobile app, td411, which provides interactive tools to educate teens on healthy relationships, offers a forum
for users to ask questions they may be uncomfortable asking face-to-face, and gives them the opportunity to connect with a counselor for further information.

In the Yale School of Public Health’s Social and Behavioral Sciences Department, professor Trace Kershaw and doctoral student Tiara Willie are taking the technology approach to new creative heights. They’re developing a mobile app aimed at improving decision-making for mothers and daughters exposed to domestic violence. The app will display graphic novellas accessed via a video game, through which users choose a character they relate to, and
subsequently pick behaviors that result in either positive or negative consequences. “Female adolescents affected by violence in their homes are vulnerable to unwittingly accepting a negative cycle that can have widespread influence on the health and well-being of women across generations,” Kershaw said.Showing teenagers paths to healthy relationships makes sense, as it becomes harder to escape negative ones when entrenched in them as adults. Dr. Karen Jubanyik sees this first-hand. The emergency medicine physician on the Medical School Faculty at Yale University explains that getting victims to identify their partners or spouses as their abusers is not easy, even when they’ve just been physically harmed by them. “They go back because of economic necessity” she said. “Getting away from perpetrators may mean leaving a support system. Logistically, that’s not easy.”

Last November, Connecticut was one of four states to receive a $75,000 grant from Futures Without Violence to train providers working in community health centers, including the Southwest Community Health Center in Bridgeport and Charter Oak Health Center in Hartford, to proactively ask about and intervene in situations involving domestic violence. “The
grant will allow organizations across the state to train health care providers to know how to ask questions around intimate partner violence, to solicit answers that are honest, and that lead to referrals [to related services], said Deb Polun, spokesperson for the Community Health Center Association of Connecticut. Experts at the CCADV will provide training. Some believe the training can’t come soon enough. “The rates of intimate partner violence are so high; we’re missing a lot of them,” said emergency physician Jubanyik.

Heavy Drinking Among Women At All-Time High, Despite Health Consequences