Originally published on September 27, 2018 on Washingtonpost.com 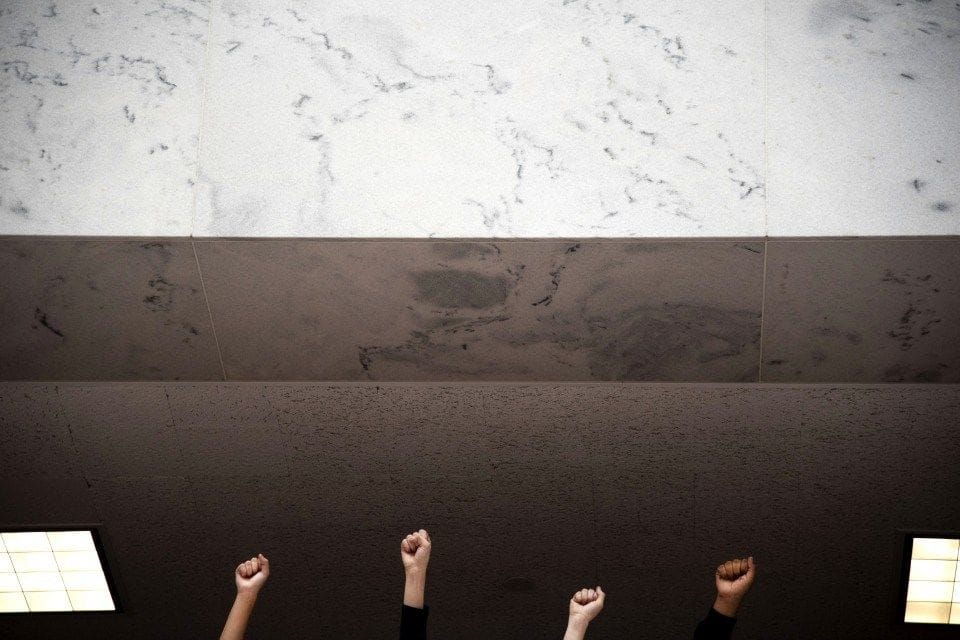 It has been 30 years. I thought I had moved on from the painful memories of what I endured in the late ’80s as a student at a small, private college. But my own experiences with sexual harassment and attempted sexual assault — both hazy and razor sharp — have been dredged up along with accusations about Supreme Court justice nominee Brett M. Kavanaugh. I am okay now. It is my 17-year-old daughter I worry about.

As she embarks on the college search process, I wonder how closely the environment and the male attitudes at elite universities where she is looking resemble those of the 1980s. I certainly was not prepared for them. Before enrolling in a college whose setting could be described as overtly insular and attracting predominantly children of extreme privilege, I hadn’t been exposed to the smug and elitist attitude that festered there among many of its male students.

I attended an all-girls’ Catholic high school that drew primarily from working- and middle-class families. The students at the all-boys’ high school with whom I socialized on weekends were a lot like me: from middle-class, suburban families. Some of us had jobs after school, at the mall or at frozen yogurt shops. Many weekends involved alcohol served in basements and fields that hadn’t yet been taken over by real estate developers. But in all the silly and stupid situations I found myself in, I do not recall a single time a boy coerced me or my friends to see or engage in something sexual. That changed abruptly when I got to college.

I cannot blame it entirely on alcohol, although that was a constant factor in every uncomfortable and dangerous situation in which I got entangled. Once, finding myself alone with a boy I thought was attractive and whom I thought I might like to kiss, my naive crush was quickly squelched. In his dorm room, he began to push himself on me. I told him to stop. He said something, bordered on yelling, to this effect: “If we’re not going to have sex, get out.” He repeated the refrain “get out” more than once, his tone icy cold. Demeaning. I got the feeling he’d never been told no before. I left, humiliated and confused.

Without a doubt, I drank too much in college. A part of me believes I did it to mask my insecurities. I did not bring a BMW to college. I left my old, dinged up Nissan at home. I lacked a sophisticated wardrobe. I hadn’t attended a prep school. I felt out of place. So I drank to feel comfortable. But the blackouts that left me wondering exactly what I had done the night before made me even less comfortable. It was a vicious cycle.

During one night of particularly excessive drinking, I wandered down the hall of my friend’s dorm — one of the few males with whom I had developed a genuine friendship at the college. We had made a pact: If we ever found ourselves on the opposite side of campus, too drunk to walk home, we could crash at the other’s dorm room. It usually worked. But one night I knocked on his door and got no answer. Eventually, I stopped knocking and kept walking down the hall of his dorm. The next thing I recall is crouching in a corner of someone else’s dorm room, screaming and kicking, a male face close to mine. Boys laughing in the background.

The school was small, and rumors soon swirled. I had no idea what had happened, but everyone else assumed I’d had sex with, or probably more accurately, been sexually assaulted, by one of my friend’s hall mates. Apparently, there were witnesses. Until that night, I was a virgin. After that night, I had no way of knowing whether I still was. All I could remember was my screaming. Kicking. And laughter — at my expense. There was no way I would’ve told my parents about the incident; nor would my girlfriends, some of whom had similar experiences. Eventually, the whispering and snickers behind my back became too much to bear.

I transferred after two years. I have not had a negative experience with sexual harassment since. I got married in my 20s to a great guy and had two children. Like the upbringing we both knew as kids, we live a fairly middle-class life. But because my husband works at an elite prep school, as a “perk” our children attend prestigious, expensive schools at a reduced rate. The resources are phenomenal. The class sizes are small. The education is rigorous, as are the athletics. But in the back of my mind, I cannot help but wonder and worry about the effect of our kids being surrounded by kids who want for nothing and who seem to be the center of their own very small universe.

I never told my husband about the incidents I suffered in college. I did not want him to see me in that light. And I do not think he would want to, either. The closest I have come to confessing was this fall, when my husband and I sat our 17-year-old daughter down in the living room for a serious conversation before she attended her first party that, I can only assume, involved alcohol and little to no parental supervision. I told her about the importance of staying “in control.” I told her I had been in situations I regretted, because I had not stayed in control. I choked up. I blamed myself.

My daughter, having always been more self-possessed than I, looked at me kind of funny. Maybe she was just wondering when the lecture would end. It concluded with my husband telling her he loved her and giving her a gigantic hug. It was one of the sweetest scenes I’ve ever witnessed — especially because I come from a big strict Catholic family where scare tactics were used liberally by my parents, but effusive displays of affection were always in short supply.

Maybe that also had something to do with what I experienced in college. Again, I cannot say for sure what really happened. But I do know beyond a shadow of a doubt I was emotionally wounded by boys who possessed a callous attitude toward women, fueled by copious amounts of alcohol mixed with more than a splash of arrogance of the sort that seemed to run rampant among men of a certain socioeconomic background. Depressing, yes. But as I see it, there is one possible bright spot.

Perhaps the Kavanaugh allegations will send a strong message to all those privileged, confident, ambitious males applying to colleges along with my daughter: Treating girls like trash is a really bad idea that very well may come back to haunt you.