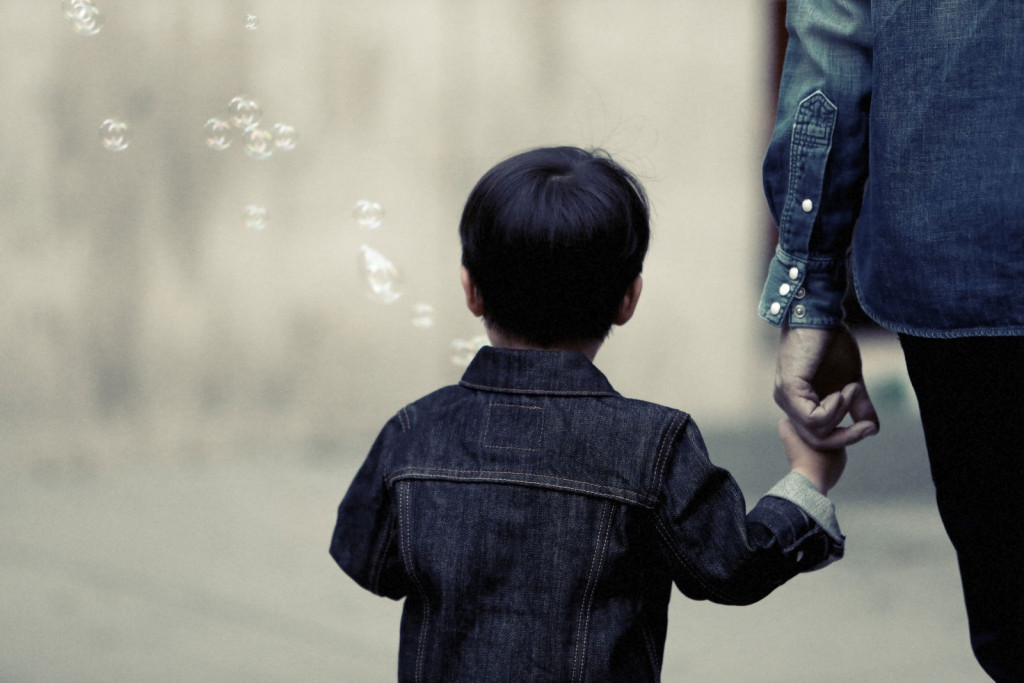 If Nathan Sowers had raised his kids in the 1950s, he would have turned “Father Knows Best” on its head. Sowers, an Ellicott City resident and owner of River House Pizza Co., was a stay-at-home dad from the time his two now-preteen children were infants until they were old enough to start elementary school. And he didn’t just go through the motions. From berry picking at Larriland Farm to story time at Barnes and Noble to runs in Centennial Park with other stroller-pushing parents (mostly moms), Sowers was — and still is — a hands-on dad. Oh, and he also whipped up a homemade dinner most nights. But he’ll be the first to tell you it wasn’t easy.

The kids’ mother would leave for work early and come home late, he says. “When my son was an infant, he had a milk allergy, and there was a lot of crying all day long.” When mom came home, he says, “All I wanted to do was hand the kids off. She felt the same way, having been working all day. She was tired. Everybody was tired. That was every day,” Sowers recalls.

Sowers isn’t the only dad who has swapped traditional roles with his spouse. Since the 1970s, the number of dads who stay home with their kids has doubled, to roughly 550,000, according to the Pew Research Center. That translates to 3.5 percent of all fathers, up from an estimated 2 percent in the 1970s. It’s still not a large percentage. But if more men continue to stay at home with their kids and an increasing number of women continue to remain in the workforce after having children (now, only an estimated 33 percent of women are stay-at-home mothers, compared to roughly 50 percent in the 1970s), there may come a day when dads are as likely as moms to wait at the bus stop for the kids, troll the grocery store midafternoon on weekdays and make their way to the gym after school drop off.

BEHIND THE RISE OF STAY-AT-HOME DADS

Increasing wages and earning potential among women and a desire to keep child care within the family are two factors that seem to be driving the trend.

“It was important for us to have somebody stay home with the kids. I really wanted to do it,” Sowers says. So, while both he and his ex-wife had solid professions with good salaries — he was an aircraft mechanic, she was a comptroller for an investment firm — he quit his job to stay home with the kids from the time they were infants, and his then-wife continued to work full time.

Some dads may not be overly excited to take up the position of stay-at-home dad, but they can’t stand the thought of someone else doing the job either. “He couldn’t stomach the concept of a nanny or day care, and I had more earning potential,” says a Howard County-based physician speaking anonymously on behalf of her husband, who, in addition to being a stay-at-home-dad, does all the family’s laundry, cleaning and yard work. “I know I’ve got a good deal,” she says.

Sowers, who was in a similar position, recalls a meeting with a mediation counselor during his divorce proceedings. The counselor, who had written a book on how men can cope with family transitions during a divorce, told him, “You know what? None of this applies to you. You and your wife have reverse roles.” Sowers says that in his marriage, his role more resembled that of the traditional wife. These days, he says, he and his ex-wife get along well and share custody of their children.

For other families, the roles aren’t as clearly delineated. “We kept changing our sets of responsibilities, depending on my wife’s career,” says Avraham Azrieli, a Howard County father of four, lawyer and a writer who just released his seventh novel, “The Bootstrap Ultimatum.”

When Azrieli’s children were younger, he pulled long hours as partner at a law firm while his wife, a pulmonologist, worked part time. Four years ago, when they moved back east from Arizona, he closed up his law office, set up a home office and began writing as a primary profession — working around his children’s schedules. His wife, Fiona Meller Azrieli, returned to work full time; she’s employed by Kaiser Permanente.
Though Azrieli considers himself a full-time writer, he serves as the kids’ primary chauffeur, is the parent who typically accompanies the kids to the doctor for sick visits and generally is more flexible and available during the work week.

“My wife and I have a very good partnership. But sometimes, it gets to be too much. One day, I drove 74 miles — locally. My son had sports, another kid had another activity,” he says, pausing reflectively. “Sometimes it’s frustrating. I love to write my books. I don’t have peace of mind all the time,” Azrieli says.

Frustrations aside, most stay-at-home dads do enjoy one perk that comes with their ‘job’: a close bond with their children.

“My relationship with my kids is definitely the most wonderful thing in my life,” Azrieli says. While he’s thought about renting office space outside of his home, he admits he would miss the interaction he shares with his kids, even as it relates to his work.

His older kids, a 15-year-old son and an 18-year-old daughter, read his manuscripts and offer him feedback. “That’s a nice aspect to our relationship that wouldn’t exist if I didn’t work at home,” he says.

Sowers enjoys a similar experience. In recent years, he has parlayed a ‘me time’ outlet and passion —food — into a profession: he’s owner and chef of the River House Pizza Co., a mobile wood-fired pizza catering business, as well as a baker at Tersiguel’s French Country Restaurant in Ellicott City. When he sets up his mobile pizza oven at Ellicott City’s farmers’ market on weekends (in parking lot D, off Main Street), his kids are often present. They assemble pizza boxes, run the register; sometimes his daughter sells homemade bracelets at the market. “We’re 300 yards from my house. My kids just walk down,” says Sowers.

Sowers and Azrieli created their own solutions to the work-life balance challenge. Some progressive workplace policies aim for similarly flexible options, although they’re slow to be adopted in the U.S.
At least 66 countries guarantee paid paternal leave. But in the U.S., only California, New Jersey and Rhode Island offer paid family and medical leave, according to the National Partnership for Women and Families. New fathers who work for forward-thinking tech firms in Silicon Valley — including Yahoo, Facebook and Google — are offered several weeks’ worth of paid paternity and maternity leave.

When dads stay home with their newborn infants, it shapes their parenting habits from the beginning, points out author Liza Mundy in the article Daddy Track: The Case of Paternity Leave (“The Atlantic,” December 22, 2013). Mundy argues that the patterns new dads fall into early on — changing diapers, giving night feeding or not — tend to stick.

It makes sense, then, that fathers who spend the first several weeks of their newborns’ lives at home might be more inclined to take on larger, long-term roles as child care providers than dads with little to no paternity leave.

If both parents are at home in the early days of their newborn’s life, more families might conclude that dad is better suited than mom to stay home with the baby. These discussions are starting to take place among couples, says Ken Matos, senior director of Employment Research and Practice at Families and Work Institute. “We force a lot of men and women into roles that aren’t necessarily right for them,” says Matos, referring to the traditional notions of men as breadwinners, women as stay-at-home moms.

As for what he thinks of the future of child rearing, Matos says, “I think we’ll end up with more of a hybrid approach [to child care]. I think all at work or all at home are extremes. For most people, a mix of the two is really the most satisfying.”

Others agree. “It should be fifty-fifty all the time. We share all the successes and all the failures. And until that happens, there will never be equality,” says the female physician whose husband is the primary care giver of their three children — at least during the traditional workweek.*