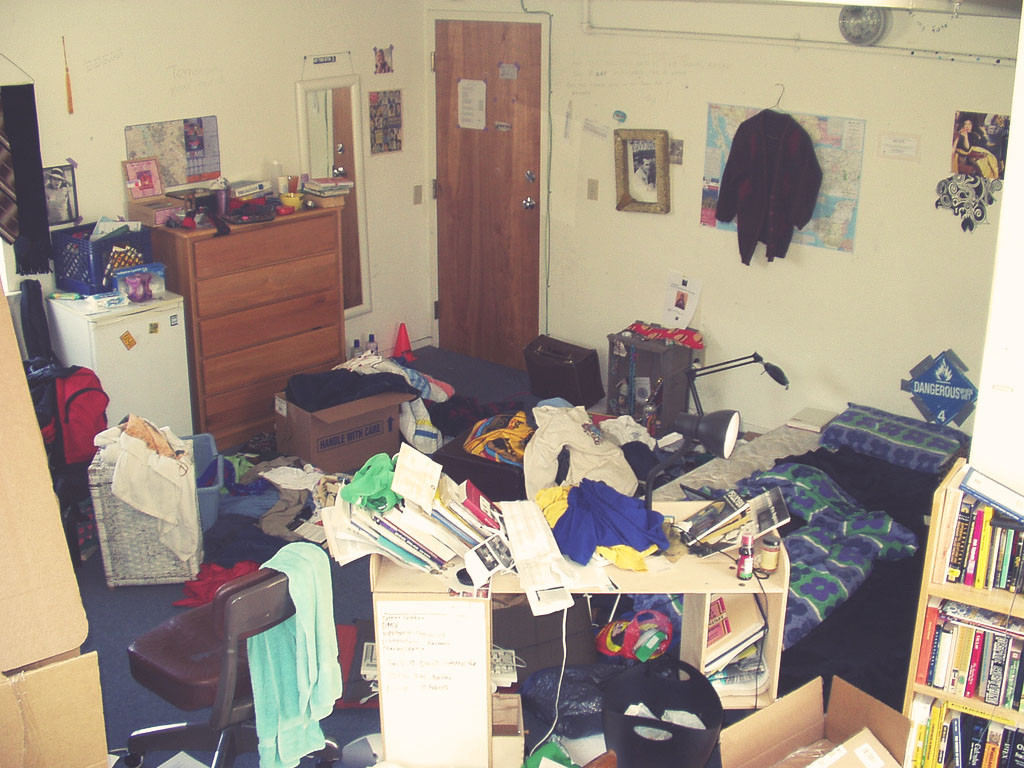 It’s a universal, timeless battle borne between parents and their teenaged children. No, it’s not an argument over drugs, alcohol, sex, or loud music. And while it may not be as dangerous or controversial as any of these hot-button topics, it’s nonetheless the target of many heated discussions and even angry shouting matches between parents and teenagers.

Still in the dark?

The subject under scrutiny is the state of teenagers’ bedrooms, often perceived by parents as sloppy, cluttered, and, at times, downright disgusting. The inhabitants of those same bedrooms, however, rarely see them in the same light. In fact, they seem to have no problem lounging about on an unmade bed, sticky mugs and crumpled up empty snack bags stuck to the night stand, books dropped on the floor instead of placed on a book shelf, dirty clothes littering the floor and piles of clean clothes shoved into a corner of the room—rarely if ever making it into a drawer or closet.

As you can probably tell, I’m fairly familiar with the bedroom of a certain sloppy teenager. But this isn’t just about me, my daughter, and her bedroom. It’s a wide-scale, perhaps even global, conflict. In fact, I’d readily place a wager on messy bedrooms as being the single biggest source of conflict between parents and their teenage children.

It seems strange, perhaps even silly, that sloppy bedrooms can raise a mother’s ire as much or even more so than other typical teen transgressions, like missed curfews, poor grades, bad and even illegal behavior. But I’ve been on both sides of the bedroom wars, so I know it to be true.

I can clearly recall my own mother’s disgust at the state of the bedroom I inhabited until I left for college. As a teenager, I totaled a car, was a less-than-stellar student, broke curfew and pulled a few pranks I’m less than proud of. But I can honestly not recall my mother reacting as strongly as she did to my pigsty of a bedroom.

Maybe that’s because it was a perpetual problem. After all, my grades weren’t all bad. Nor did I routinely get into car crashes. And the foolish behavior? I was fairly stealth, and I think much of it went unnoticed. But the sad state of my bedroom was a constant and visible sore spot.

My mother tried various tactics in an attempt to reform my messy ways. She’d offer stern warnings. Sometimes she would yell about it. She also nagged—incessantly, from what I can recall. Finally, and most likely with resignation, she began to rush down the hallway (she was always in a rush and, even today at 80, remains so) and slam the door to my bedroom with great vigor. It was the type of slam that sounded like it brought satisfaction on some level. As for her rationale, I suppose she figured that if she couldn’t force me to change the way I kept my bedroom, she could at least try to forget about it.

I feel much the same way my mother did about my disheveled bedroom as I do my daughter’s. Also like my mother, I try different approaches to get my daughter to clean her room, ranging from polite requests to loud tirades. Like my mother’s, my efforts typically go unheeded. I sometimes wonder if my mother’s concerns about my bedroom ran, like mine, deeper than the superficial sloppiness spewed across my daughter’s room.

Occasionally, fearing that the disgusting state of my daughter’s bedroom is a sign of inherent and lifelong laziness that will adversely affect her success in life, potentially damaging everything from her personal relationships to her career prospects, I panic.

But in a recent moment of clarity, I asked myself: Instead of making these rash presumptions about how my teenage daughter maintains her bedroom now and what she’ll be like as an adult, should I perhaps consider my own bedroom, then and now?

I honestly don’t remember what my bedroom looked like when I was 15, but I can vividly recall my mother routinely nagging me about how messy it was. As for my adult bedroom, I can’t think of a single day in the last 25 years when I haven’t made my bed. Most of my clothes hang in closets or reside in drawers. The way they’re folded might not receive approval from a retail expert, but they’re usually at least out of sight and paired with other, similar wardrobe items.

How, when, and why the transition occurred from my sloppy teenage bedroom to the fairly organized, functional one I possess today I cannot say for sure. But I doubt it happened overnight—kind of like growing up. So maybe I should relax a little about the sloppy state of my daughter’s bedroom. It could be, after all, a mere sign that she’s got a ways to go before becoming an adult.