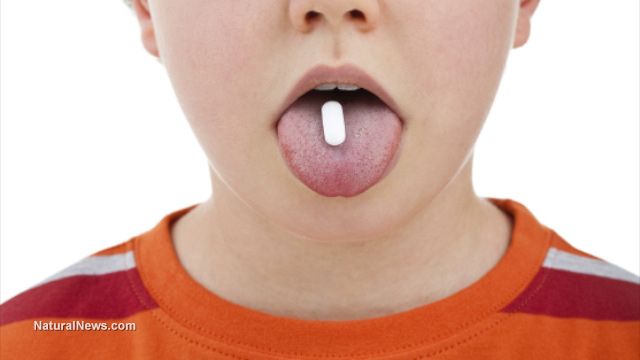 Today, more than 10 percent of all children ages 5-17 in the United States receive a diagnosis of ADHD, despite the American Psychiatric Association’s estimation that only 5 percent actually have the disorder. The disparity is even starker for boys, 14 percent of whom end up diagnosed with ADHD. My son is one of those millions of boys who have been diagnosed with this greatly overused label.

My 15-year-old son has been dubbed a “slow processer”—the kind of kid who tends to stare out the window during class as he gathers his thoughts or daydreams. His reading has hovered slightly below grade level since teachers began assessing it. His organizational habits are less than stellar: Homework assignments, school clothes, sports equipment tend to land where they fall.

So, a few years ago, when my husband and I took our son to an educational psychologist (at the suggestion of his middle school’s learning specialist) for an evaluation that required several trips and cost thousands of dollars, I was expecting the doctor to uncover a mild learning disorder and recommend cognitive and organizational strategies. Instead, she told me she wanted him to go on an ADHD medication “trial,” during which she planned to re-test our son to see if his scores improved. At no point did she discuss classroom management or behavioral strategies in addition to or in lieu of the immediate prescription of medication.

When I told the doctor I was worried about putting my son on a daily stimulant, she barked: “Well, this is what I’m worried about,” pointing to his low grades and test scores.

Uncertain of my next steps, the doctor thrust at me an ADHD questionnaire for my son’s teachers and me to fill out. The questions seemed skewed toward finding evidence of the diagnosis. They asked things like: “Does John Doe ever seem fidgety in class? Does he ever lose focus in class?” I wonder how often teachers and parents witness a child, particularly a boy, who doesn’t exhibit these traits to some degree.

There is no blood test for ADHD. There are no biomarkers tested to identify for it. ADHD is diagnosed when respondents (usually teachers or parents) give an affirmative response to at least six of nine questions in a simple survey. That’s it. What often happens next is this: A child is given a prescription for stimulant medications intended to curb “fidgetiness” and promote focus. Never mind that many of these medications often interrupt sleep patterns, suppress a user’s appetite, and can be highly addictive.

I felt strong-armed into placing my son on a medication that would interfere with his sleeping and eating habits (which are crucial, by the way, to the ability to focus properly). After using the medication a few months, he developed some additional, undesirable side effects: physical tics and anxiety bordering on paranoia. Disturbingly, his pupils became dilated and his eyes were rimmed red. And that was on the very lowest dose. His test scores did rise marginally while taking the drug. But the increase was not significant enough to compensate for the worrisome side effects.

I suppose I’m more of a worrier than most, because an ever-increasing number of children use stimulants for ADHD for years on end, despite no reputable research to suggest that the drugs have a positive effect over the long term. One landmark research project from the late 1990s (the National Institute of Mental Health’s “Multimodal Treatment Study of Children with ADHD”) is still often cited when referring to ADHD stimulant medication’s effectiveness, even though the study only monitored subjects’ outcomes for 14 months. Yet, many children take these medications for several years.

In fact, when the researchers checked back in on the original MTA study participants in 2009, they found that “children who were no longer taking medication at the eight-year follow-up were generally functioning as well as children who were still medicated.”

In light of this and other similar findings, some scientists are beginning to question how the medical community treats ADHD. Dimitri Christakis, a pediatrician writing in the Journal of American Medical Association Pediatrics last year, concluded that instead of handing down a hard-and-fast label of ADHD based on a simple questionnaire, we should consider instead that children’s attentional capacity lies somewhere on a spectrum.

When I asked the doctor who diagnosed our son where on the spectrum of ADHD he fell, she paused, before answering haltingly, “probably mild, or moderate”. I can’t say for sure why she hesitated. I wonder if she was concerned that, had I heard my son’s case of ADHD was mild, I would question whether it was wise to medicate him.

My son currently is not medicated for ADHD. He attends a rigorous college prep high school. He sits in the front of classrooms. He receives one-on-one tutoring from a generous math teacher once a week. He gets extra time on tests. He turns in his homework on time, excels in classroom participation and presentations, and struggles to memorize large chunks of content. Unlike when he was on ADHD medication, he is no longer anxious, sleep deprived, or without an appetite. He’s a work in progress, like all adolescent boys.

It’s time to re-evaluate how we label and treat ADHD, especially among boys.