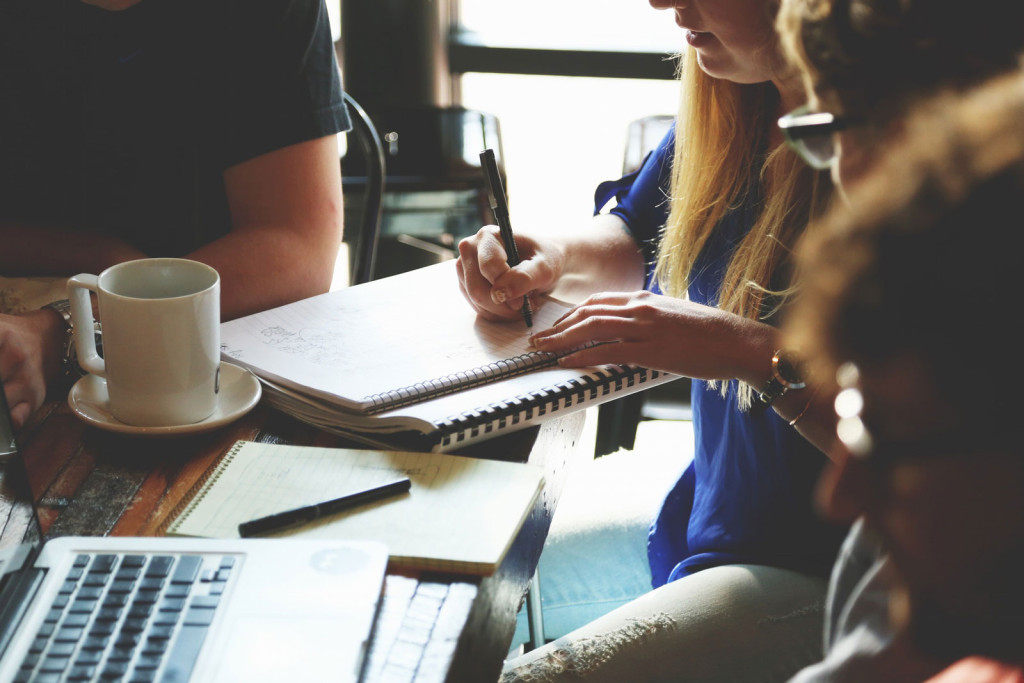 Even in a stammering economy, the Johns Hopkins University senior knows his entrance into the job market is better timed than the class of 2010. The international relations major astutely sums up the sentiment of countless Maryland graduating seniors as they search want ads and email resumes.

“We’re thankful that we weren’t searching for jobs last year. It’s not a great time, but it could be worse,” he said.

Even the thickest of college’s “ivory towers” couldn’t shield Parkinson and fellow college freshmen in 2008 from news of the recession that began raging just weeks after they started their undergraduate studies. Now, as these students prepare to launch the next stage of their lives, they face the best job outlook since the start of the recession, but one that remains challenging nonetheless.

Soon-to-be graduating job seekers are being greeted by an improving economy, evident in an upswing in recruitment from local businesses, according to local college career counselors. It’s a little different story than last year. That’s when Maryland unemployment hit a two decade high of 7.7 percent , according to the U.S. Bureau of Labor Statistics. Now it’s at 7.1 percent.

What remains unclear is the impact Maryland’s gradual job recovery will have on this spring’s class of graduating college seniors. To gauge the job outlook, the BBJ spoke with college career counselors, industry experts and graduating seniors.

And the Maryland Career Consortium, a nonprofit group comprised of 12 regional colleges, welcomed 130 employers to its 2011 career fair at Loyola University Maryland, up from 114 employers last year.

“There’s no doubt that we’re starting to see companies spending more time and effort recruiting. But we don’t know if that will translate into more hiring,” said Mark Presnell, president of the Maryland Career Consortium.

Consequently, college seniors — especially those with less-than-tightly focused majors — appear to be counting on their degree as a single instrument in their job search tool box, not a direct ticket to their dream job. Such is the case with Parker Homans, a senior at Loyola University preparing to graduate in May with a marketing degree.

He recently began his job search, but admits he hasn’t dedicated a lot of time to it yet.

“I’m also trying to get through the rigors of senior year,” he said.

Homans’ primary job search tool thus far has been Loyola’s online database of employers, a service of the university’s Career Center for current students and alumni. He calls the database “a great system”, and used it to secure a marketing internship last year. But he’s not convinced he’ll use it to land a job.

“Marketing is so broad,” Homans said.

To expand his employment options, Homans has considered getting his real estate license, attending culinary school, or starting an interior decorating business. He said the broad reach of his marketing degree gives some flexibility when choosing a career path.

Homans believes his job situation is fairly typical among his graduating classmates, especially those with majors that don’t lend themselves to a specific industry.

“Finance and accounting majors have jobs lined up; they know exactly what they want to do,” he said.

Graduating college seniors like Homans and Hopkins’ Parkinson, whose broad-based degrees could lead them in several professional directions, don’t plan to jump into an entry-level job too quickly.

Parkinson, who completed a double minor in economics and entrepreneurship and management, said he isn’t dead-set on any one career path. His primary interests include law, foreign service with the government, and business management.

“Some places want people who are firmly committed to a given career path. If you show any wavering, they become hesitant,” Parkinson said.

Area college representatives agree that the job outlook is less murky for some graduating seniors than others.

“There’s not a day that goes by that I don’t get a call looking for computer science majors and computer engineers that are clearable,” said Anne Scholl-Fiedler, director at UMBC’s Career Services Center, referring to those eligible for federal government security clearance.

But even in recession-proof fields, the job outlook isn’t what it once was. Consider nursing.

“The good news is that they [nursing school graduates] are still getting jobs,” said Patricia Gonce Morton, associate dean for Academic Affairs at University of Maryland School of Nursing. But, acknowledges Morton, they’re not necessarily getting their “first-choice” job, and they’re not being offered perks like signing bonuses, as was often the case prior to the recession.

Some college career experts feel that many college graduates would be fortunate just to land a job, perks or no perks.

“It’s a very challenging job market. Opportunities are still diminishing,” said Art Taguding, executive director of Career Headquarters at Stevenson University. “A lot of industries are not feeling the growth.”

While he declined to give statistics, Taguding said participation in some of Stevenson University’s career-oriented programs, including on-campus job recruitment, are down. That’s in spite of improving job numbers.

In February 2011, Maryland created 8,100 jobs and recorded a 0.3 percent rate of growth — triple the national average, according to U.S. Department of Labor data. And again in March, Maryland job growth continued, with job postings increasing by 3,900, as reported by the Society Human Resources Management.

Pending college graduates with degrees in “specialty areas” — like accounting, engineering, computer science and health care — are the most likely to benefit by this recent job creation, said Kathleen T. Snyder, Maryland Chamber of Commerce’s CEO.

Those with more general degrees will find it tougher.

“The job market is still much slower than it was five years ago — businesses still are not hiring at the levels they had been,” Snyder said. “It’s eased up since last year. But it has to be frustrating for these college graduates.”

Partnering to build a better baltimore