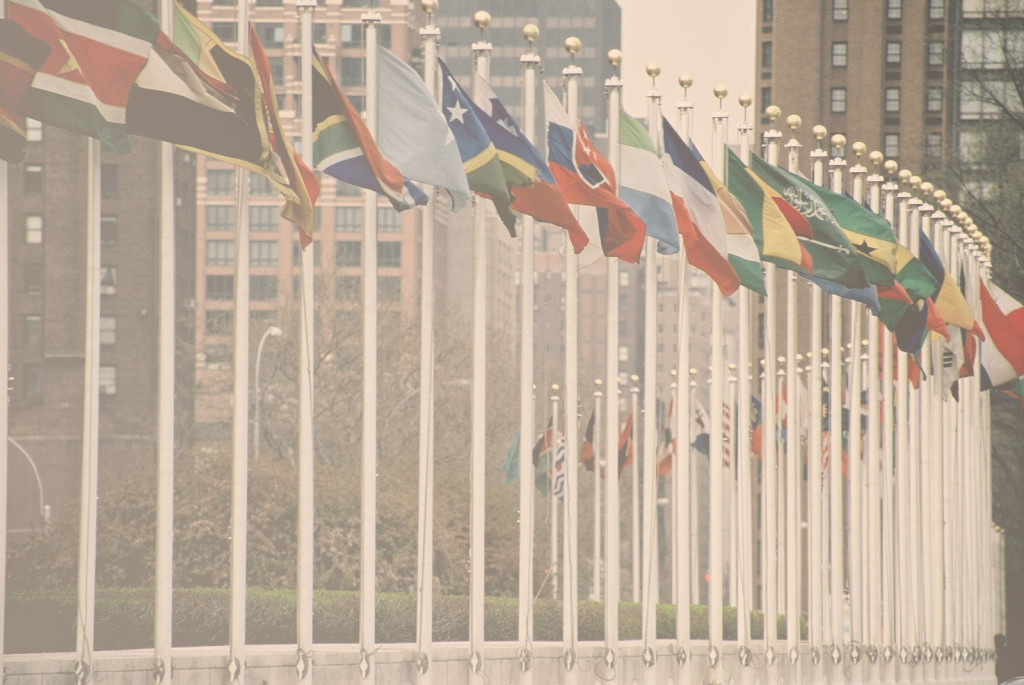 Clad in business suits and high heels, flocks of young men and women hurry down Baltimore’s Pratt Street toward the Renaissance Hotel on a breezy February evening. Soon, all 1,650 or so individuals gather in the hotel’s ballroom for opening ceremonies of the much-anticipated four-day event for which they’ve traversed 14 states and two countries to attend. If not for the barely repressed giggles and high-energy vibe pervading the room, the gathering might be mistaken for a United Nations conference.

It’s close. This congregation of highly motivated, politically astute high school students is here for Johns Hopkins 15th Model United Nations Conference (JHUMUNC). Role-playing as actual UN delegates, each high school participant engages in one of 30 UN committees to discuss and debate complex world affairs, including international security, human rights, and world health. Perhaps the only aspect of this event more impressive than the teen delegates participating in the conference are the 156 Johns Hopkins students who make this well-oiled machine run.

15 successive years of Hopkins students committing themselves to the conference has paid off. Though records prior to 2000 don’t exist, Scott Burkholder ’02, secretary general of the 2000 JHUMUNC, recalls the event’s early days, saying that only about 120 delegates participated in 1999, and the event was held in a few buildings on the Homewood campus. “It was a lot of running around, but we made it work,” Burkholder says.

The conference’s original crisis-oriented theme, which distinguished it from other Model UN conferences in the country, remains a mainstay today. Teen delegates brace themselves for surprise middle-of-the-night emergencies, requiring them to awaken and hash out plans to squelch an international firestorm. Surprise crises aside, the conference seems otherwise unrecognizable from its former days.

“When I heard the staggering size it’s become, I was astounded,” Burkholder says.

The event’s magnitude means a tremendous amount of work for staffers, which hasn’t gone unnoticed by Hopkins administrators. “I’ve watched them work tirelessly all year,” says Susan Boswell, dean of Student Life, commenting at the conference’s opening ceremony. With no formal adviser, this completely student-run event requires large swaths of time and dedication from student staffers.

Consider Daniel Roettger ’13. Although he never participated in model UN conferences as a high school student, the international studies major has fully immersed himself in the inner workings of the event. The second-year JHUMUNC staffer has carved out a niche for himself as special assistant to the secretaries general. Catching up with him about a week before the start of the 2012 conference, he appears calm in the face of the pending onslaught of teenaged delegates to Baltimore’s Renaissance Hotel. Largely responsible for logistics and security, Roettger’s job is a big one.

Like many fellow conference staffers, Roettger has logged at least 20 hours per week since last March in preparation of the event. Roettger’s position involves securing a three-night stay for 1,600 students and their advisers in one of two downtown hotels; arranging for up to 31 simultaneous sessions during the conference; and ensuring each of the teenage attendees abides by the evening curfew, no alcohol and drug policy, and other rules.

“I float around and make sure it happens,” Roettger says somewhat nonchalantly.

But on the event’s opening night, transformed from his college ‘uniform’ of jeans and a sweatshirt to a blue suit, slicked hair, and dangling ear piece denoting security detail, Roettger looks anything but nonchalant. He’s on high alert, moving quickly, and presumably enjoying every minute of it.

Barely out of adolescence, Roettger and the other staffers learn lessons many adults don’t confront in the work place until well into their careers. Erin Reilly ’12, one of two secretary generals overseeing the entire operation, sounds like a veteran manager of the corporate world when she says: “We don’t want to micromanage our under-secretaries.” Anisha Singh ’12, undersecretary-general of school relations, is tasked with sticking to her advertising budget while helping to grow the conference. She credits the conference’s increasing popularity with helping her succeed.

“It has started to get a reputation as a great place for kids to learn,” Singh says.