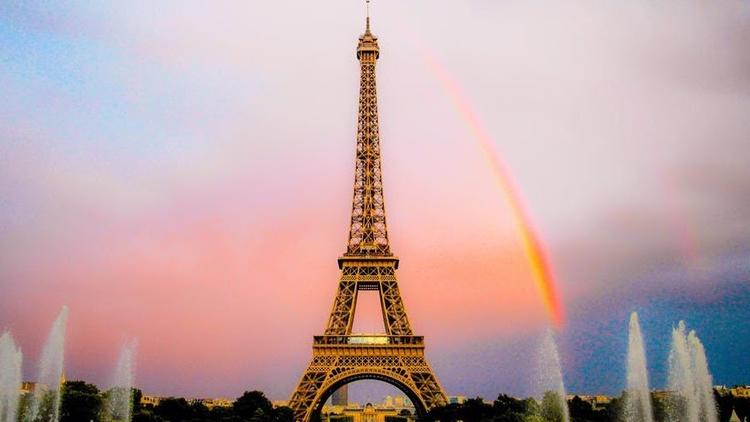 Originally published in the Baltimore Sun on August 23, 2018.

It’s the middle of August and, so far this summer, I’ve seen the Dead Sea, the Tuscan countryside, a quaint village in England and some ancient-looking towns in Italy. But the most exotic place I’ve actually visited is my backyard which, I will say, is rather lush and lovely after all the rain we’ve had this season, especially when looking up at it from a prone position in my swinging hammock. As for all these fantastic aforementioned places, culled from vacation photos posted on Facebook by my social media “friends,” I have mixed feelings.

On one hand, I grasp that a stunning sunset is worth sharing, as is the view from a high mountaintop resort. And when I glimpse photos on Facebook of picturesque European villages dating back thousands of years, I can almost see myself strolling through them. Similarly, I practically taste the authentic Italian cuisine pictured on the plates in these pictures, even as I wonder: When did it become commonplace to post pictures of food online, anyway?

I guess it happened around the same time that social media exploded, imploring users to “like” whatever their online friends post to their profiles. And what’s not to like about visually pleasing photos? It’s when people begin inserting themselves into these impressive backgrounds that my reaction starts to sour.
When social media users go so far as to post family pictures, especially those where everyone’s posing in matching outfits, usually something breezy and linen, I’m gobsmacked. My ragtag teenage children would no sooner be caught dead smiling into a camera wearing matching crisp white shirts than they would holding my hand in public. Nor do I have the persuasive powers to get them to wear such get-ups. But plenty of parents do, apparently. The result? Social media is plastered with photos reminiscent of proud holiday cards throughout the summer months.
I’ll admit that I’m somewhat jealous of the fabulous trips folks are taking this summer. No doubt I’d love to be floating in the Dead Sea as opposed to swimming through the clothes-wringing humidity that envelops the Mid-Atlantic during summer months. The only destinations I’ve reached this summer included several steamy college campuses, laden with construction crews and fairly void of actual students, during requisite pre-senior-year-of-high school tours. Traipsing about the barren campuses, I tried my best not to react to anything I saw, lest my daughter respond with the exact opposite reaction (funny how that works). There have also been countless travel baseball tournaments, often in heat so intense you risk burning your bum sitting on the metal bleachers, or waiting out rain delays in the car with smelly teenage boys and stopping at lots of convenience stores to fill their bottomless bellies. Each of these experiences is seared into my memory forever.
But I don’t feel the need to share photos of these family memories with the rest of the world — not even the good stuff, like when my daughter’s eyes widened almost imperceptibly as she stood on the lawn of one of the country’s oldest and most historic college campuses, or when my son seemed to grow two inches taller as he walked off the baseball mound after striking out three batters in one inning. You can’t really capture these moments on film. And besides, I’m not sure they would mean much to anyone else but me or my husband. Which brings me back to the vacation images.

Well before the advent of social media, I spent a week touring Arizona. At one point I sat on a precipice in the Grand Canyon and took multiple rolls of film, focusing on the heart-stopping views surrounding me. When I returned home, I realized the film had been exposed. I cried at first, mourning the pictures I’d lost. Then I realized they weren’t really gone. They were etched in my mind and, quite frankly, if my eyes hadn’t been glued to my camera lens, I probably would have seen a few more breathtaking sights.

Had that trip taken place this year, I probably would have snapped some photos on my smartphone. Would I have loaded them to Facebook? Maybe one or two. But I would have stopped short of sharing photos of my family appearing to be having a phenomenal time on vacation in this fabulous setting. Sure, my Facebook friends might “like” them. But would they, really?