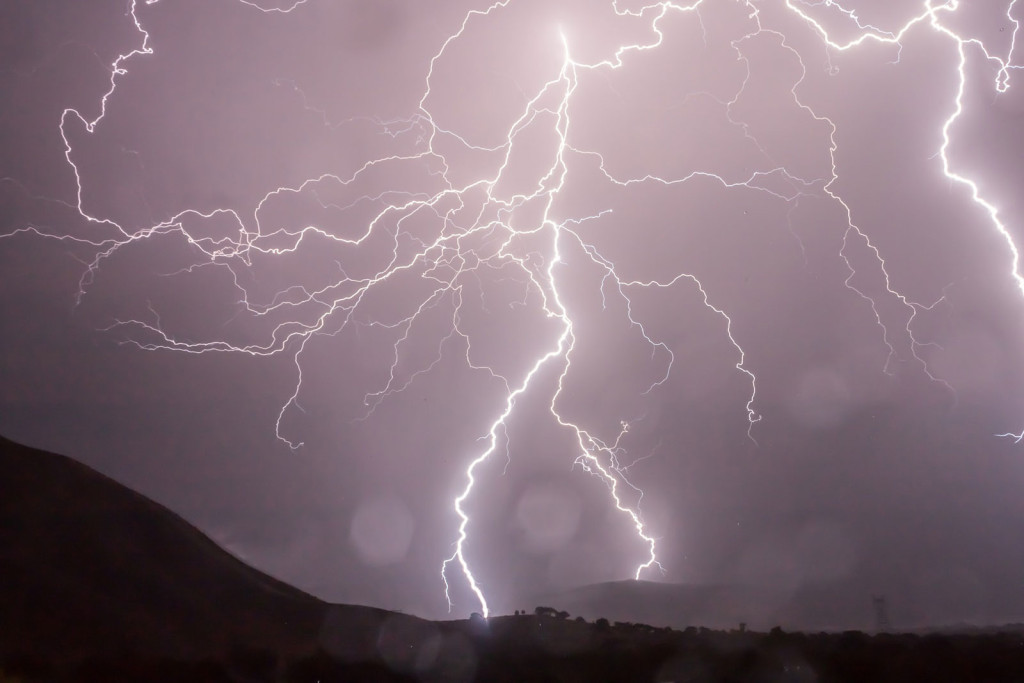 Wondering if you’ll need to rent a tent at an outdoor event you’re having next weekend? Worried that your upcoming travel plans will be interrupted by storms? Just ask 14-year-old Pikesville resident Julian Baron. Plenty of other people do, from his classmates at Gilman School who want to know if the weather will impact their baseball schedule to the 300-plus people who follow him on Facebook for the local weather forecast.

Since birth, the high school freshman has seemed destined for a life of weather watching. His mother insists that when he was an infant, Julian would stop crying as soon as she put him in front of the Weather Channel. At three years of age, he began watching it in earnest. “I was interested in what the people had to say. I liked to see where the storms were, even without the scientific knowledge to understand it,” said the slight, bespectacled boy who possesses a Harry Potter-esque quality about him.

Now Julian not only understands where the storms are; he’s got the stuff it takes to predict fairly accurately when and where they’ll hit. “At around 9 or 10, I started to take on the weather a lot more. I spent time entrenching myself trying to forecast things. With that came a lot more self-education through the Internet. By middle school, people would incessantly ask me: “Is it going to snow? Is it going to rain?,” he said.

Now, instead of barraging Julian with weather-related inquiries, his fans can simply check his website: The Weather By Julian, which offers weekly in-depth weather forecasts or, for feedback on individual questions, his Facebook page‎. “I intended for the website to serve the Gilman community. But it has gotten to some outsiders. It became more than I thought it would,” Julian acknowledged.

To make his weather predictions, Julian checks in daily with several professional computer models that require paid subscriptions to access: the American GFS model, the European model, and the Canadian model (he relies least on this last one, saying it tends to overblow forecasts of severe weather). But Julian goes beyond regurgitating the information he garners from the professional weather models.

“I don’t rely exclusively on the computers. I always add my own personal thoughts and opinions,” he said.

Asked whether all this weather-watching and reporting has had a negative impact on his schoolwork, Julian provides a response few would predict. “If anything, it’s helped me. There’s been an almost dramatic improvement in my grades,” he says. He credits the uptick to the jolt of confidence he’s received as a result from his weather prowess. “When I get a correct forecast, I feel pretty good. I like that I can serve the community in that sort of way. It gives me motivation,” Julian explained.

Though he routinely analyzes several weather patterns simultaneously to arrive at thoughtful, professional-level weather forecasts, Julian hasn’t taken any formal classes on weather. But this summer, he’ll attend a four-day program at Penn State University, where weather forecasting greats like Joe Bistardi, Accuweather’s former chief weather forecaster, received their education. Julian says he’s looking forward to exploring Penn State, which is renowned for its meteorology program. One has to wonder who will gain more from the experience—Julian or the folks whom he’ll meet there.

Julian sighs when asked about the accuracy of his predictions. “I have had my fair share of hits and misses. I’ve been on target with five snowstorms this year,” he said. “But I did slip up a little in January. We had freezing rain. I thought it was going to remain rain. That was my major slip up.”

Julian says he’s comfortable making a fairly precise weather prediction two days away. “I won’t give accumulation values three days out,” he said. With all the crazy weather the region has had in the past few months, many of his followers are eager to hear what weather he thinks the summer will bring.

Batten down the hatches, folks. Julian Baron has spoken.