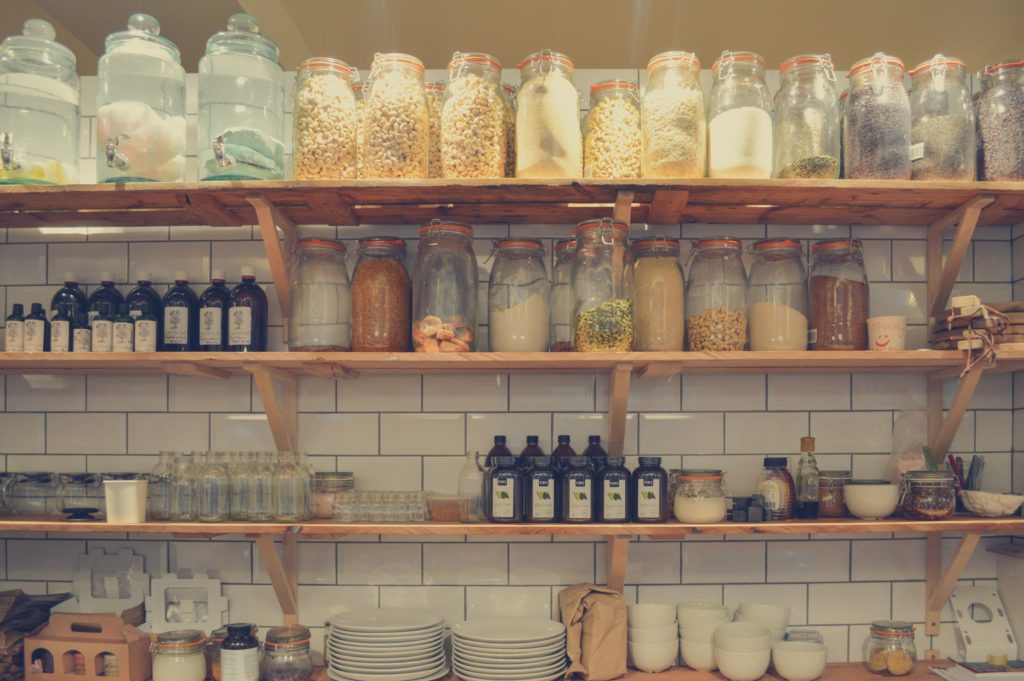 Originally published in the Baltimore Sun on May 12, 2017.

As I was placing jars of spaghetti sauce on the shelf of a local food pantry one recent weekend, a man of slight build who appeared to be in his 50s peeked his head in the doorway and asked: “How well are the shelves stocked today?” I assumed he was a volunteer or employee of the food pantry, until he elaborated on his inquiry. Because you can only receive one allotment from the food pantry per month, he explained, it’s best to come when the shelves are well-stocked.

At that moment, I spied his empty, oversized backpack. Only then did I comprehend that he was there to get food for himself. I paused for a couple seconds, admittedly shocked that the gentleman before me — who looked and sounded like he could be my neighbor, kids’ teacher, or anyone else I routinely encounter — relied on a food pantry for groceries. When I recovered, I stammered: “You’re in luck. The shelves are overflowing.” And indeed they were. In fact, I admit to looking admiringly at the fancy jams, organic pasta and other gourmet foods some of my neighbors had plucked from their shelves to donate to our neighborhood food drive.

Since losing my job unexpectedly a few weeks ago, I’ve become hyper-aware of the cost of food in particular, of other basic necessities in general and of the tenuous line so many local residents cross into food insecurity, severe debt and worse.

An unconscionable percentage of area residents live with food insecurity, defined by the United States Department of Agriculture as a household with limited or uncertain access to nutritionally adequate and safe food. In the Baltimore-Towson area, at last count, 15.9 percent of all residents experienced food insecurity, according to the Food Research and Action Center. To think that my backyard composter routinely contains an embarrassingly large amount of rotting vegetables and fruit that went bad in our refrigerator — even as I complain about how much fresh produce costs — makes me cringe.

As I chastise myself for frequently buying more food than my family eats in a timely fashion, my thoughts turn to a related transgression made by the majority of Americans, which can lead to a spiraling number of problems beyond food insecurity: We don’t save enough. No matter that most of us have heard the basic guideline just about every financial adviser recommends: Save three to six months’ worth of living expenses in the event of the unexpected — like a job loss or sudden unanticipated costs.

That seems like a lot to save. But think about it: If you lose a job, do you expect to get another that matches your skill set and salary requirements in three months? If not, that “three-to-six-month” savings rule suddenly seems very reasonable, even conservative. Yet most Americans couldn’t tap into three months’ savings if they wanted to. An overwhelming 69 percent have less than $1,000 in their savings accounts, and 34 percent possess zero savings, according to a 2016 GOBankingRates survey.

So what happens when someone experiences a financial crisis, savings are scarce and a security network of family or friends doesn’t exist? Too often, homelessness. An overwhelming 29,670 people were reported homeless in Maryland by the Department of Health and Mental Hygiene in 2016, and these statistics may not capture everyone living beneath overpasses, in abandoned cars or other transient locations. While many people who find themselves homeless are mentally ill and/or drug users, some are just down on their luck. I see them every day.

As I’m waiting for a light to turn — at Northern Parkway and Roland Avenue, along Martin Luther King Boulevard and other busy stretches of my regular travels — I am disturbed by the desperate men and women of all ages and shades clutching signs that read: Homeless. Please help. I wonder about their individual stories, then circle back to my own.

Losing my job has been a difficult blow. But I count myself fortunate. I possess employable skills and reliable transportation to reach work. I have a supportive extended family that would help me out in a pinch. So even though I’ve not been as wise a saver as I could be, or as frugal a shopper as I should be, I probably won’t find myself in the receiving line of my local food pantry. But one thing is certain: The next time I volunteer there, I’ll not register shock at whomever I do see in line.
Photo courtesy of foodpantries.org
http://www.baltimoresun.com/news/opinion/oped/bs-ed-food-pantry-20170511-story.html
Tags:food insecurity, homelessness