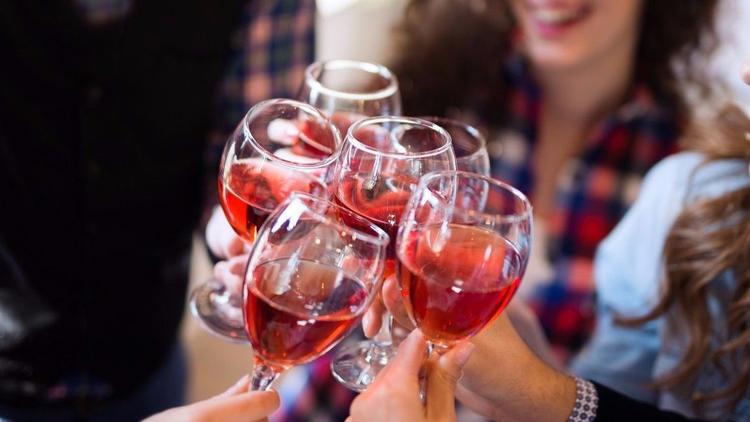 Originally published in November 2017 on hartfordcourant.com.

An ever-increasing number of women in the state are drinking to excess, state and federal data show.

Statewide, female admissions to acute hospital emergency departments for alcohol-related reasons rose by 4.8 percent between fiscal years 2012 and 2016, according to the Connecticut Hospital Association. The female-only Eden Hill Recovery Retreat in Canaan fills an average of 10 to 12 beds per month; earlier in the center’s eight-year history, rarely were there more than eight beds occupied at a time. Researchers at the Yale School of Medicine note an increase in the number of women enrolling in studies that examine the effectiveness of a medication to curb one’s desire to drink alcohol.

The uptick in problem drinking among women in Connecticut mirrors a national trend. In a September 2017 study reported in JAMA Psychiatry, two national epidemiologic surveys compared drinking patterns of U.S. adults between 2001 to 2002 and again in 2012 to 2013, finding a surge of alcohol use over the 11-year period among all demographics — women in particular. Among women, the prevalence of 12-month alcohol use disorder (AUD) — characterized by a pattern of drinking that includes difficulty controlling consumption and withdrawal symptoms when stopping—rose 83.7 percent. As alcohol consumption increases among women, so too does the risk of adverse health consequences, even among moderate drinkers.

Breast cancer is one such risk. A recent meta-analysis of 199 studies reported a positive correlation between alcohol consumption and breast cancer in women. While the risk increased the more women consumed, the analysis revealed that even one drink per day appears to increase a woman’s likelihood of developing breast cancer by about 10 percent; at two drinks a day, the increase jumps to 25 percent. The meta-analysis, referred to as the Continuous Update Project, is a program of the World Cancer Research Fund International.

“There have been several meta-analyses before this, and they all consistently show a direct relationship between the amount of alcohol consumed and an increase in breast cancer,” said Zia Rahman, lead medical oncologist in the Breast Cancer Program of Excellence at St. Francis Hospital and Medical Center. Rahman says that the exact mechanism behind this connection is not known, but that alcohol consumption somehow affects the way the body metabolizes estrogen.

Breast cancer may be the only disease in which researchers have tied specific amounts of alcohol consumption to risk, but it is by no means the only health risk that rises with alcohol consumption. Cancers of the mouth, throat, esophagus, liver and colon also have been linked to alcohol consumption. And while alcohol consumption increases the risk of liver disease, heart damage, and memory loss, women drinkers are more susceptible to these health problems than their male counterparts, according to the Centers for Disease Control and Prevention (CDC).

For many women, drinking alcohol starts during adolescence or young adulthood, a time when people are least likely to consider adverse consequences of any kind. Further, some experts say young women are consuming alcohol in ways traditionally seen primarily among males.

“Young people are playing drinking ‘games.’ Women get up to higher levels of intoxication,” said Stephanie S. O’Malley, professor and deputy chair of Yale School of Medicine’s Department of Psychiatry. “A female can’t keep up with a male. The same volume of alcohol will get a woman up to a much higher blood alcohol level than a man,”

Establishing a habit of heavy recreational drinking at a young age can make it harder to break with age, some experts believe. That may explain why middle-aged and older women are drinking more.

Among middle-aged (35–54) white women, 71 percent described themselves as “drinkers” in the National Health Interview Survey, compared with fewer than 50 percent of women representing all other ethnicities. Among this same demographic, alcohol-related deaths jumped an overwhelming 130 percent between 1999 and 2015, according to an analysis of the Centers for Disease Control and Prevention WONDER mortality data.

Heavy drinking is on the rise among older women, too. Between 1997 and 2014, binge drinking (defined as having four or more servings of alcohol in a single episode) increased among women older than 60 by 3.7 percent every year during that period, according to a study funded by the National Institute on Alcohol Abuse and Alcoholism.

Dr. Gail D’Onofrio is seeing related statistics at Yale New Haven Hospital. The percentage of female patients 65 and older consulted by Yale New Haven Hospital’s health promotion advocates for an alcohol use disorder climbed from 1.8 percent in 2014 to 3.2 percent in 2016, said D’Onofrio, professor of emergency medicine and chair of the Department of Emergency Medicine at Yale.

What many older women don’t realize, explained D’Onofrio, is that physical changes make drinking riskier. “Clearly, as they age, with less body water, the exact same amount of alcohol is going to make women more intoxicated than when they were younger,” she said. Other physical limitations that commonly plague older people increase the dangers of drinking, including slower response times, worsening balance and depth perception, and chronic conditions, D’Onofrio added. Meanwhile, opportunities to drink often increase with age. “People are having lots of fun in retirement communities. They’re offering happy hours and other opportunities to drink,” D’Onofrio said.

This story was reported under a partnership with the Connecticut Health I-Team (c-hit.org). Find it at: http://www.courant.com/news/connecticut/hc-news-heavy-drinking-women-20171130-story.html

Infants May Not Be as Immune to Measles as Thought