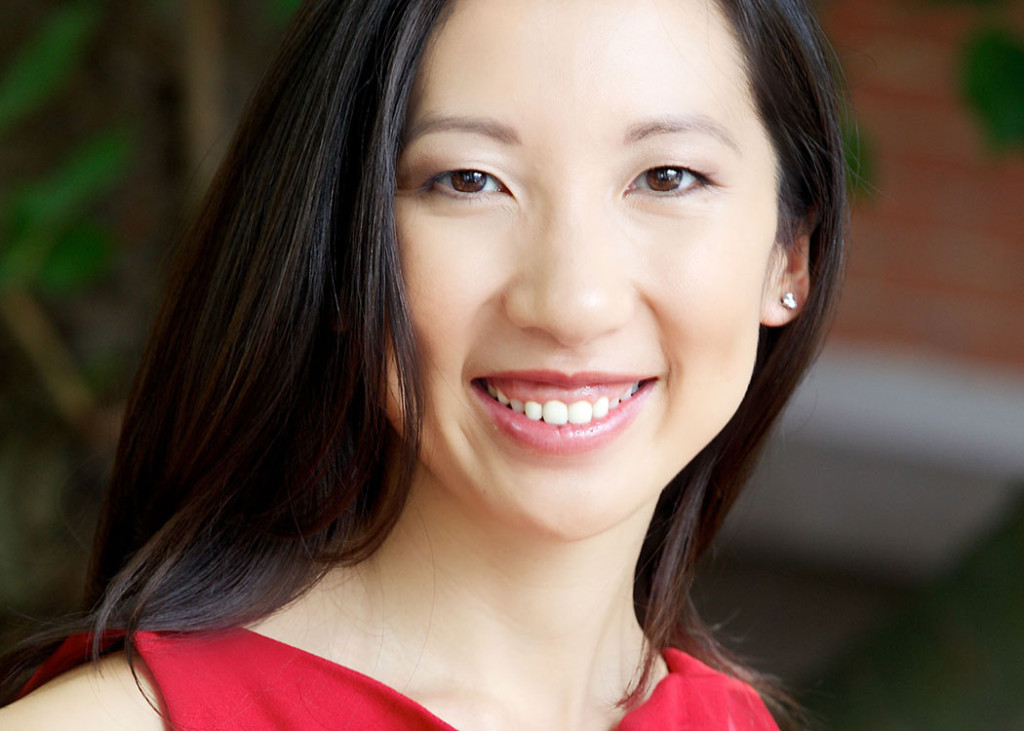 Last January, Dr. Leana S. Wen took the reins from Dr. Oxiris Barbot as Baltimore City Health Commissioner.  Being responsible for the health of the entire city seems like a gargantuan charge, especially for someone barely 30. But given Wen’s accomplishments to date—she entered college at 13, studied public health and health policy as a Rhodes Scholar at the University of Oxford, served on an advisory commission to Congress regarding graduate medical education, worked as an attending physician in a busy emergency room, gave four popular TED and TEDMed talks, wrote a critically-acclaimed book When Doctor’s Don’t Listen: How to Avoid Misdiagnoses and Unnecessary Tests, to name a few—she’s probably up to the task.

Dr. Wen came to the U.S. from China at age eight and was raised in some of the toughest neighborhoods in Los Angeles. Along with her impressive academic credentials and vast experience, she brings to the job a tireless passion for serving people, and unwavering confidence in how best to improve the health of Baltimore City residents.   We recently had the opportunity to speak to the new health commissioner. She talked openly about her background and her plans to involve Baltimore residents in the quest to improve the city’s health.

When you were a little girl, did you think about growing up and becoming a doctor?

I’m one of those people who knew as long as I can remember that I wanted to be  a doctor. Where I grew up, people chose every day between food and medicine, and shelter and health care. I saw people go without and suffer long-term health consequences. I wanted to be that doctor who could take care of people in their time of greatest vulnerability.

You were an emergency room physician prior to taking on the position of Baltimore City Health Commissioner. Why did you choose this specialty?

I became an emergency physician because I never wanted to have to turn people away because they lacked the ability to pay for their care. The ER is one place we can show people humanity. Many of our patients do not get respect from other aspects of society. This is one place we are able to treat everybody the same, with respect and dignity.

Growing up, many of your classmates and friends were the victims and also the perpetrators of gun violence. You saw people you knew die from treatable medical conditions. How did your background play into your current career in public health?

We’re living in a society where we have the best advances known to mankind. We’re talking about tailoring treatment to people’s DNA. Yet we know that the zip code where people grow up matters more to their long-term health than their genetic codes. Where you live, where you work, where you play—that affects people 365 days a year. That’s what we should be focusing on.

In addition to growing up surrounded by poverty, you and your family were immigrants, having sought political asylum from China and immigrating when you were just eight years old. How did this affect you?

It’s hard being an immigrant. I grew up in areas where there were huge disparities everywhere we went. In the U.S., my family and I didn’t know people who had careers I could aspire to: There were no professors or doctors or lawyers around us. I’m really grateful for the mentors I’ve met over the years who have been hugely influential and hugely encouraging. Without those role models and mentors, it’s hard to envision yourself growing up to be something you’ve never known.

Who was your mentor, or inspiration?

My mother was my role model. She was a teacher. She worked in some rough neighborhoods in L.A. She had many opportunities to move to different school systems, but she always declined. She really wanted to serve those who were the most in need.

In addition to being an attending physician in the Department of Emergency Medicine at George Washington University, you were also the director of Patient-Centered Care there. How did you become interested in the concept of patient-centered care, which takes into consideration individual patients’ preferences, values, and needs?

When I was a second-year medical student, my mother came down with vague symptoms—coughing, was to challenge her doctor when he said it was nothing. It took a year to discover that she had metastatic cancer. I was her caregiver for eight years and took care of her while she fought bravely with chemotherapy, radiation, and surgery, before she passed away. The process of being her caregiver taught me a lot about the disconnect between what patients need and the care they get. It served as an impetus for me to improve patient care. I wanted to help people advocate for themselves.

Explain how you plan to use the concept of patient-centered care in your role as health commissioner.

Patient-centered care is about focusing on what’s most important to patients and their families. In public health engagement, it’s the same concept. We don’t  focus on issues we think should be most important to practitioners and politicians; rather it’s about really engaging with the community to find out what’s important to them.

You’ve conducted public health research in places as distant as Nigeria and China. Can you draw any parallels between the public health problems facing these other countries and those that residents of Baltimore confront?

We see many similar problems. There are many lessons we can use to assist those in developing countries, and vice versa. I always tell my students that they don’t need to buy a plane ticket to work on public health issues like malnutrition, heart disease, AIDS. These problems and huge disparities exist right in our back yard. We can do our part, starting today.

Your role as health commissioner requires you to manage quite a few health issues: animal control, chronic disease prevention, the health of residents from school-aged children to seniors, and much more. How will you prioritize all these competing public health needs?

I’m not from Baltimore City, though I have lived in similar neighborhoods in L.A. and D.C. I realize that I don’t know what I don’t know, and so the most important thing for me is to understand the needs of the community by being in the community I serve. Since starting my job, I’ve embarked on a listening tour, going to where the people are, meeting with community organizations, faith leaders, various stakeholders in federally qualified health centers, hospitals, nonprofits, and others. Through this, three major themes have emerged.

One is youth wellness. The future of our city rests with our youth. I’m looking at what it is we can do early on to ensure children are born healthy, ready for school, and that we continue to foster their physical and mental health. The second is substance abuse. It is so closely tied to everything else: public safety, poverty, mental health, and homelessness. It’s absolutely critical that we address addiction. Baltimore has been hit hard by heroin. The third theme is population health. We need to care for the most vulnerable, including the elderly, and do what’s right and what’s equitable.

How do you plan to attack these major health issues in Baltimore?

These problems are rooted in poverty and health disparities and have been building for decades. I’m not naive to think we can solve these issues overnight. Real systemic change has to happen over time. We have to engage the community. But there are things we can do today. We can look at the most urgent needs and ask, what is that we can address immediately? How can we convene our many committed partners around the city to rally around a few common goals? The goal isn’t to start new initiatives and do more piecemeal programs. Our goal is to convene and connect our stakeholders to best serve our community’s needs.

We’ve talked about some of Baltimore’s health problems and the fact that they are common to many other cities. What health advantages does Baltimore have over other cities?

We’ve got great academic centers and really dedicated leaders from the grassroots level all the way to the top. Mayor Stephanie Rawlings-Blake is intent on seeing that health is tied to all policies. She is a fantastic role model and is making our city stronger every day. I’m optimistic about what we can do in Baltimore City.

As you go about trying to make Baltimore City a healthier place for all its residents, who or what will you draw on for support and inspiration?

I greatly admire former Baltimore City Health Commissioners Drs. Peter Beilenson and Joshua Sharfstein. They were (and are!) fantastic advocates of the city, never afraid to take risks. I draw energy from the mayor and her leadership team, who are all very much committed to improving our city. Of course I cannot forget Dr. Fitzhugh Mullan, my long-term mentor, who instilled in me that our reason for being is the social mission of medicine: to improve patients’ health and the health of our communities.

You have lauded the work of your predecessors, from Dr. Peter Beilenson’s harm reduction through needle exchange initiative to Dr. Joshua Sharfstein’s expansion of access to drug treatment in Baltimore. Is it too soon to suggest what you’d like to be remembered for as Baltimore City Health Commissioner?

I don’t know. And there’s a reason I don’t know. I’ve only been here a few months. I don’t think it would be right for me to come in and say “This is what I want to do for the city,” without knowing what the city wants from me. I hope my legacy will be that of someone who was community-centered, fully engaged with our residents, working hard every day to tackle the big problems. We often make assumptions for our patients. I don’t want to make assumptions for my community.

How do you like your new job so far?

In my previous job, I would work during the day as a doctor and a professor. I liked my work a lot and especially my interactions with patients, but it was still work. Then I would go home, where I did my writing, advocacy, and community engagement. That was the work that I really loved. Now, every day, I go to work and I do the work that I want to do, 24/7, with phenomenal people who are so dedicated to improving health and well-being. This is the best job I’ve ever had, and I’m so grateful to be here.

Are you a mosquito magnet?