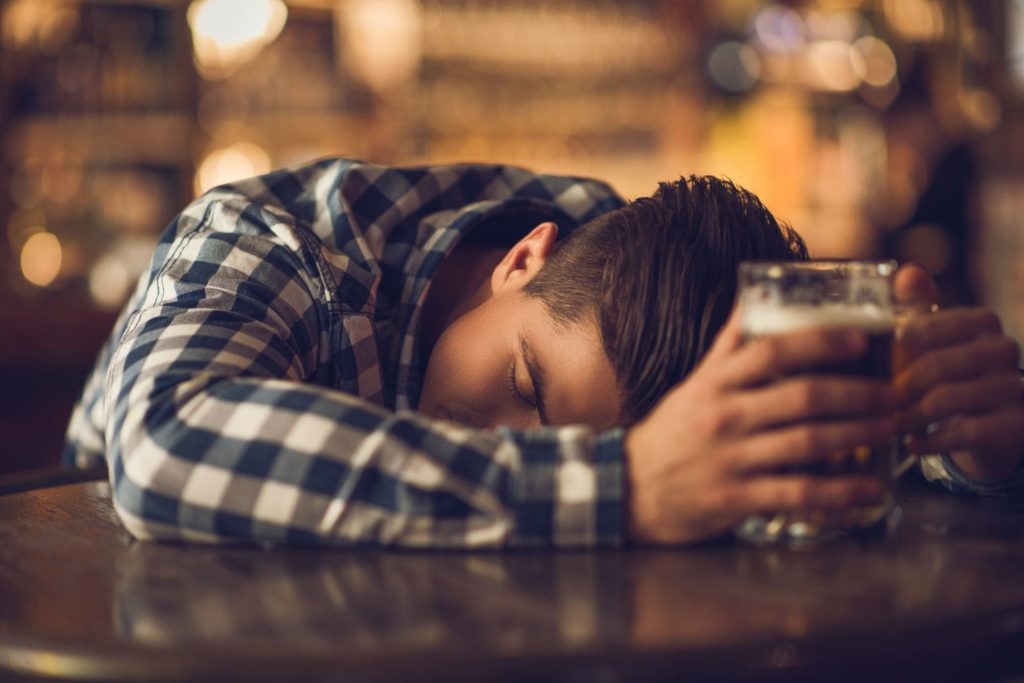 Originally published in the Washington Post’s online version on Apr. 1, 2019.

“Well, we did it when we were their age.”

This common refrain, popular among parents with a permissive attitude toward underage drinking, is often coupled with well-intentioned efforts to keep adolescents safe while consuming alcohol: Think encouraging alcohol-imbibing teens to take advantage of ride programs like Uber, to spend the night at a friend’s house, or to drink in one’s own home as opposed to unknown settings. Referred to by social scientists as “harm reduction,” this strategy is more than just ineffective, say experts. It’s helping to fuel an epidemic of teenage binge drinking.

Although many parents of today’s teenagers drank when they were young, data shows important differences between teen drinking then and now. In 1991, about half of high school students reported consuming alcohol, according to the Centers for Disease Control and Prevention(CDC). In 2015, less than 18 percent of high-schoolers drank. That 65 percent decline is news to celebrate. But here’s the bad news: Many of today’s teens who drink do so in excess. More than half of high school students who drink alcohol report recent episodes of binge drinking — consuming five or more drinks at a time — according to the CDC.

This comes as no surprise to Joseph LaBrie, a Loyola Marymount University psychology professor and alcohol researcher. “One of the major reasons I see now [for underage drinking] is to black-out, get wasted. That wasn’t the case 20 years ago,” he said.

Most parents don’t want their teens to binge drink. But parents who attempt to provide safe parameters — like having teens drink in the basement with friends — increase the likelihood that their offspring will become binge drinkers. “Parents truly think they’re doing the right thing. This is coming from such a good place,” acknowledged Lindsay Squeglia, an alcohol researcher and professor at the Medical University of South Carolina.

Researchers in the growing field of alcohol research aren’t interested in passing judgment on parents. Rather, they’re eager to share evidence that demonstrates unequivocally why teens benefit from waiting even a few years before they start drinking. Experts also want parents to know they have far more influence over their teens’ decisions regarding alcohol use than they may realize.

Scare tactics, like films showing crunched cars and the sound of screaming sirens rushing to the scene of a drunken-driving accident, once dominated teen alcohol prevention efforts. But ample evidence shows that these methods are largely ineffective.

It’s easy for teens to disengage from shock tactics — rationalizing, for instance, that a tragedy won’t happen to them, Squeglia says. But factual information presented in a straightforward manner is more effective. “Information is the most powerful tool,” Squeglia said.

Experts say that the human brain isn’t fully formed until adulthood, about the mid-20s. In recent years, scientists have examined images of the adolescent brain that show alcohol’s detrimental effects.

Normal adolescent brain development involves a pruning of gray matter and an increase in white matter, which serves as the brain’s “superhighway” by connecting different regions of the brain. Squeglia’s research examining brains of teens before and after they began to engage in frequent heavy drinking showed more rapid declines in gray matter, and fewer increases in white matter, than in the brains of their nondrinking peers. Heavy-drinking adolescents also performed more poorly on assessments involving attention, working memory, spatial functioning and executive functioning.

Why parents fail to exert their influence

While alcohol researchers like Squeglia have begun to educate teens on how heavy alcohol use can disrupt brain development, experts say those with the biggest influence on adolescents’ decisions regarding alcohol too often fail to exert it.

“Parents are the number one protection against underage drinking,” said Helen Witty, national president of Mothers Against Drunk Driving (MADD), whose 16-year-old daughter was struck by a 17-year-old drunk driver on a sunny afternoon while she was rollerblading. Multiple studies confirm this. One longitudinal survey of 5,000 teens ages 12 to 19 concluded that teens least prone to heavy drinking had parents who exhibited a combination of warmth and high accountability, e.g., knowing where their teens were. But many parents fail to exert their influence.

“There are so many myths,” said Loyola Marymount’s LaBrie, including this popular one: If I can teach them to drink at home, they’ll be fine. The idea of teaching teens to drink responsibly is misguided, he explains. A recent review of more than 20 studies on the topic concluded that teens given permission to drink at home are more likely to drink more frequently, and in higher quantities, outside the home. Teens who start drinking early often pay for it later in life. One oft-cited national study showed that people who use alcohol before age 15 are six times more likely to become alcohol dependent than those who begin drinking at age 21.

Another widespread misperception, says LaBrie, is that teenagers who aren’t allowed to drink in high school will “go crazy” in college. While he acknowledges that nondrinking students sometimes come to college and quickly end up in the hospital with alcohol poisoning, these instances are the exception. “The vast majority of kids who don’t drink in high school become very light drinkers in college, compared to kids who started drinking when they were 14, 15,” he said.

Another fallacy commonly believed by parents, LaBrie said, is that other parents’ attitudes toward alcohol are more approving than their own, which can sway them to adjust their own mind-set. “What tends to stand out [to parents] is the one parent who throws a party,” he said.

Getting the message across

“Most parents don’t feel comfortable or competent having conversations about drinking with their kids,” said Rob Vincent, a public health analyst with the Substance Abuse and Mental Health Services Administration (SAMHSA), which recently launched a nationwide underage-drinking-prevention campaign: Talk. They Hear You.

Vincent says the campaign is a research-backed response to the question: “How do you help parents have a conversation that’s factually correct and engaging in a way that’s not shaming and straining?” For starters, Vincent said, don’t lecture. Instead, have multiple, small conversations that start early, when kids are about 9 years old — well before they’re likely to start experimenting with alcohol.

Even though kids often tune out lectures, LaBrie emphasizes the importance of clearly communicating expectations about alcohol to adolescents. “They’re getting all sorts of harm-reduction messages from all over the place. What they need from their parents is a values lesson,” he said, while acknowledging that it requires a balancing act in which parents present their stance in a caring context.