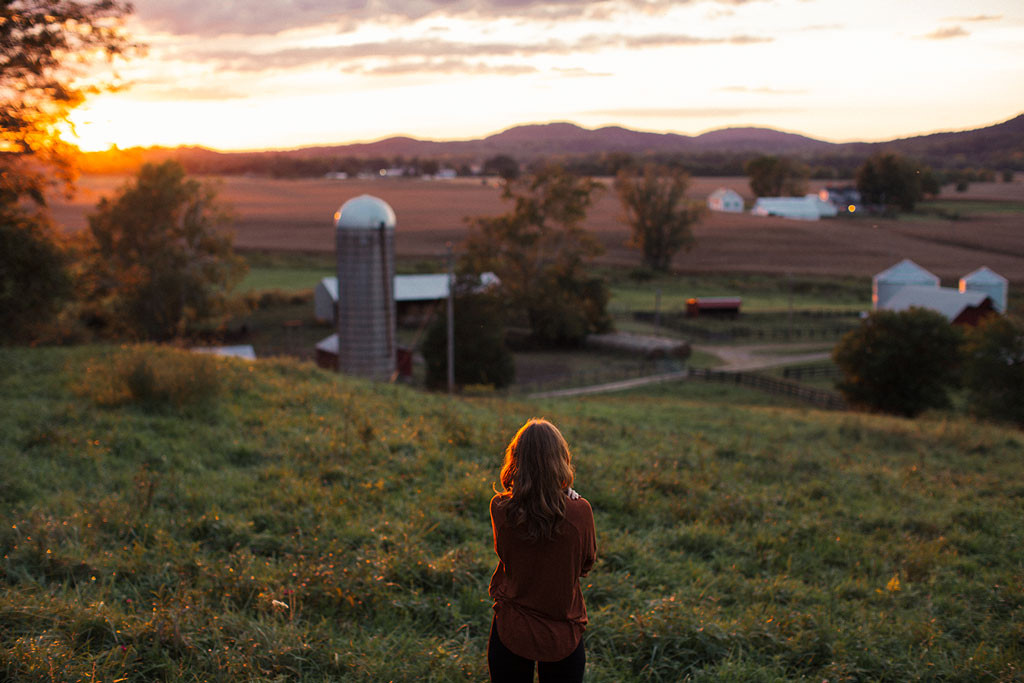 Golf enthusiasts looking for a challenging, Scotland-inspired course — and a dose of America’s national pastime — needn’t travel far. They can find a world-class championship public golf course set amid rolling hills and winding creeks at Havre De Grace’s very own Bulle Rock, then take in an evening baseball game just down the road at Aberdeen’s Ripken Stadium, endorsed by Iron Man Cal Ripken himself as the best minor league stadium ever built.

This is the type of weekend-in-sporting-paradise vision that Harford County tourism officials hope to promote to die-hard jocks and other eager day-trippers via its recently launched tourism campaign, Harford County: Love It!

“The conversation kept coming back to someone saying, ‘This is what I love about Harford County,'” Roche said. Using a national advertising push, billboards, and an interactive Web site complete with travel itineraries and online booking options, the campaign will showcase all there is to love about the county.

Harford tourism officials hope to build on this branding process by bolstering the campaign’s estimated $100,000 budget through partnerships with local businesses.

“In this day and age, it is important for every destination to ramp up its marketing efforts, both domestically and internationally,” said Cathy Keefe, spokesperson for the Travel Industry Association of America.

Tourism officials in Harford County aren’t the only ones in Maryland — famously dubbed “America in Miniature” for its geographic diversity — heeding this advice. In an effort to lure tourists, many localities are being reinvented as “niche” tourist destinations — highlighting sports or heritage tourism, so-called agritourism, or arts and cultural attractions. Some are even appealing to philanthropically-inclined tourists. Most have begun to rely on the Internet and other modes of electronic communication as pivotal methods of spreading the word.

Savvy tourism officials may not compete directly with other area localities for visitors and their wallets, but in an economic climate punctuated by shaky consumer confidence and high gas prices, they must do something to stand out from nearby destinations.

“There’s so much competition to attract travelers, who are staying closer to home and traveling more in-state. The destination needs to constantly remind travelers about themselves,” Keefe said.

Visits to Baltimore City attractions during the second quarter were down 3 percent from the same period in 2005, according to the Baltimore Area Convention and Visitors Association and D.K. Shiflet and Associates, a travel research company based in Northern Virginia.

That dip followed a banner tourism year for the city, in which 12 million out-of-town tourists traveled to Baltimore and spent almost $3 billion, a record number. In 2005, the economic impact of tourism reached an all-time high of nearly $10.7 billion statewide, according to the Maryland Office of Tourism Development.

BACVA has a new chief executive — Thomas J. Noonan, a Dallas tourism official — hired Dec. 8 to boost the city’s profile at a critical juncture in its hospitality and tourism history. Officials also this fall embarked on an unprecedented initiative to promote the city’s arts and cultural offerings.

Free Fall Baltimore, launched by the Baltimore Office of Promotion & The Arts (BOPA) and supported by a $750,000 grant from the city, invited the public to attend free events and programs at more than 70 of the city’s art, heritage and cultural organizations.

Plus, admission fees at the Baltimore Museum of Art (BMA) and the Walters Art Museum were eliminated indefinitely, courtesy of an $800,000 gift from Baltimore City and Baltimore County, with additional support from Anne Arundel County.

Participating museums have already felt the impact. This October, 14,000 people walked through the doors of the BMA, a 31 percent increase over the past five-year average October attendance levels, according to BMA spokesperson Anne Mannix.

“Some cities have done free theatre, others have done one or two days of free programming, but we haven’t found anyone who’s done it to this extent,” said Bill Gilmore, executive director at BOPA.

Like Baltimore City tourism officials who built a successful campaign around existing cultural resources, those in other Maryland localities are learning to lean on readily available resources to package tourism.

History is the leading lure in many Maryland localities.

“You don’t need to find a museum. You can come into Annapolis and experience living history,” said Connie Del Signore, president and CEO of the Annapolis and Anne Arundel County Conference and Visitors Bureau.

Efforts by Maryland tourism officials to promote historical tourism and its cousin, heritage tourism — visiting both historical and industrial sites — haven’t gone unnoticed. In May, the Maryland Heritage Areas Program (MHAA) was awarded the 2006 Preserve America Presidential Award, one of only four national awards given for heritage tourism programs.

Maryland’s growing 10-year-old heritage program, one of just a few in the country, has shown a strong return on investment. Anne Arundel County’s Four Rivers: The Heritage Area of Annapolis, London Town & South County brought more than $1.1 million in matching state grants into the area, allowing the county to develop an audio CD travelogue tour of southern Anne Arundel County.

Dorchester County’s heritage program leveraged more than $1.2 million, enabling the county to invest in tourism vehicles such as an attraction mapping out Harriet Tubman’s Underground Railroad, and other historic trails, according to tourism Director Natalie Chabot.

Frederick County also has benefited from Maryland’s heritage program grants. Most recently, it was awarded $46,000 from the MHAA, matched by the National Endowment for the Humanities, to develop a Web site that will present a comprehensive overview of the region’s rich Civil War story. Narrative topics, a regional map, and the ability to create customized itineraries for Civil War travel will be featured.

Few towns offer the abundance of historical and heritage tourism found in Frederick.

In a single trip, tourists can navigate the same brick sidewalks that George Washington once traversed, recount several landmark Civil War events that occurred in present-day downtown Frederick, or drive through one of the county’s three circa-19th century covered bridges.

Heritage tourists do more than reminisce about the country’s past.

In other rural areas of Maryland, tourism focuses on resources remaining from bygone eras. Carroll County, a fast-growing Baltimore bedroom community with a proud tradition of agritourism — the melding of agriculture and tourism — is a prime example.

The 100,000 or so tourists who visit the Carroll County Farm Museum each year take a step back in time as they walk through the main house that was built in 1852. Visitors don’t have to imagine what life was like then: Artisans skilled in 19th century traditions like woodcarving and blacksmithing exhibit their talents in the 140-acre museum, while farm animals roam the land.

Former rural areas like Harford County are headed in a different direction.

“We see Harford County as an emerging sports destination for the mid- Atlantic region,” Roche said.

For the past two years, the McDonald’s Ladies Professional Golf Association (LPGA) Championship has been held at Havre de Grace’s Bulle Rock Golf Club, drawing an estimated 95,000 spectators each year.

“It’s our goal to participate in trade shows targeting sports tourism, and to work with the state on attracting tournaments to our sporting facilities,” Roche said.

While Harford County lures sports enthusiasts, Howard County’s latest tourist campaign appeals to the altruistic. Through its “Blossoms of Hope” campaign, the county has already surpassed its original goal of planting 1,000 Pink Kwanzan Cherry trees throughout the county.

Each tree can be purchased or sponsored, with 30 percent of the fee donated to Howard County’s Claudia Mayer Cancer Resource and Image Center.

Regardless of what type of tourism officials push, the Internet and other forms of electronic communication are becoming an increasingly pivotal part of promotional efforts.

The state partnered with Travelocity on its Web site so people could book directly to attractions and hotels. Harford County plans to begin e-mailing its consumer database a monthly calendar of events. Dorchester County plans on installing four electronic kiosks in separate tourist locations in 2007.

Article in Annapolis Visitors Guide: Your Guide to a Great Visit

Getting on the Water, Even When You Don’t Own a Boat