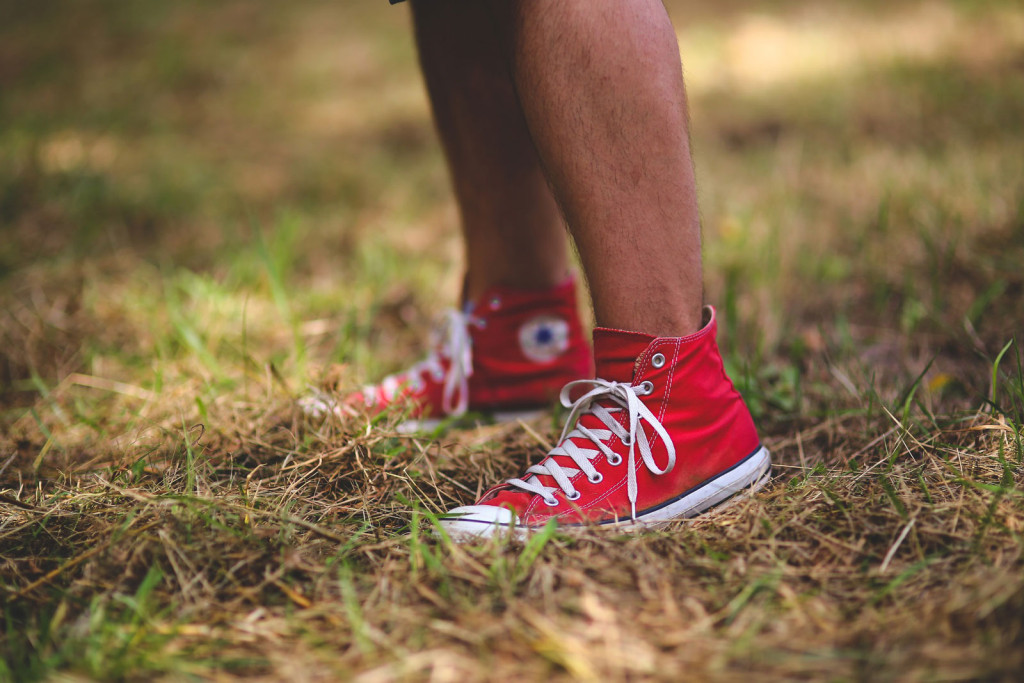 You’re trying your best to enjoy an evening cookout, but a constant swarm of mosquitoes follows you from grill to poolside. The threat? A pierce to your skin, leaving behind an itchy red welt and possibly even a serious illness. As you swat madly at the pests, you notice that others seem completely unfazed. Could it be that mosquitoes prefer to bite some people over others?

The short answer is yes. Mosquitoes do exhibit blood-sucking preferences, say the experts. “One in 10 people are highly attractive to mosquitoes,” reports Jerry Butler, PhD, professor emeritus at the University of Florida. But it’s not dinner they’re sucking out of you. Female mosquitoes — males do not bite people — need human blood to develop fertile eggs. And apparently, not just anyone’s will do.

Although researchers have yet to pinpoint what mosquitoes consider an ideal hunk of human flesh, the hunt is on. “There’s a tremendous amount of research being conducted on what compounds and odors people exude that might be attractive to mosquitoes,” says Joe Conlon, PhD, technical advisor to the American Mosquito Control Association. With 400 different compounds to examine, it’s an extremely laborious process. “Researchers are just beginning to scratch the surface,” he says.

Scientists do know that genetics account for a whopping 85% of our susceptibility to mosquito bites. They’ve also identified certain elements of our body chemistry that, when found in excess on the skin’s surface, make mosquitoes swarm closer.

“People with high concentrations of steroids or cholesterol on their skin surface attract mosquitoes,” Butler tells WebMD. That doesn’t necessarily mean that mosquitoes prey on people with higher overall levels of cholesterol, Butler explains. These people simply may be more efficient at processing cholesterol, the byproducts of which remain on the skin’s surface.

Mosquitoes also target people who produce excess amounts of certain acids, such as uric acid, explains entomologist John Edman, PhD, spokesman for the Entomological Society of America. These substances can trigger mosquitoes’ sense of smell, luring them to land on unsuspecting victims.

But the process of attraction begins long before the landing. Mosquitoes can smell their dinner from an impressive distance of up to 50 meters, explains Edman. This doesn’t bode well for people who emit large quantities of carbon dioxide.

“Any type of carbon dioxide is attractive, even over a long distance,” Conlon says. Larger people tend to give off more carbon dioxide, which is why mosquitoes typically prefer munching on adults to small children. Pregnant women are also at increased risk, as they produce a greater-than-normal amount of exhaled carbon dioxide. Movement and heat also attract mosquitoes.

So if you want to avoid an onslaught of mosquito bites at your next outdoor gathering, stake out a chaise lounge rather than a spot on the volleyball team. Here’s why. As you run around the volleyball court, the mosquitoes sense your movement and head toward you. When you pant from exertion, the smell of carbon dioxide from your heavy breathing draws them closer. So does the lactic acid from your sweat glands. And then — gotcha.

With a long track record — mosquitoes have been around for 170 million years — and more than 175 known species in the U.S., these shrewd summertime pests clearly aren’t going to disappear any time soon. But you can minimize their impact.

Plenty of mosquito repellents line the shelves of drugstores and supermarkets each summer, but they’re not all created equally.The majority of available mosquito repellents derive their effectiveness from chemicals. Protecting the public from mosquitoes since 1957, DEET continues to be the chemical of choice used in repellents. In repeated studies, it’s been proven the most effective chemical repellent on the market. Repellents with 23.8% DEET (most formulas contain between 10% and 30%) protect wearers for about five hours, according to a study led by Mark Fradin, PhD, a researcher with Chapel Hill Dermatology.

Just how safe is it to coat yourself in DEET to keep from getting bitten by mosquitoes? “[DEET] has been in use for over 40 years and has a remarkable safety record. Only few hospitalizations have been reported, mainly due to gross overuse,” Conlon tells WebMD. The American Academy of Pediatrics states that low concentrations of DEET (10% or less) are safe to use on infants over 2 months old.

DEET, though the most well-known, isn’t the only chemical used in mosquito repellents. In 2005, the CDC began recommending alternatives to DEET for repelling mosquitoes. Picaridin, fairly new to the U.S., has been used worldwide since 1998. Marketed as Cutter Advanced, picaridin has proven to be as effective as DEET but is said to be more pleasant to use because it is odorless and contains a light, clean feel. Picaridin is safe for children older than 2 months.

The chemical IR3535, better known as Avon’s Skin-So-Soft, also has been marketed as a mosquito repellent in the U.S. in recent years. To date, research shows it’s much less effective than DEET.

Then there’s metofluthrin. This new chemical, approved by the EPA in 2006 as a mosquito repellent, “is selling like hotcakes,” Conlon tells WebMD. Sold as DeckMate Mosquito Repellent, it’s available in two forms. As a paper strip, you place it in outdoor areas like patios and decks. You can also wear it. As a personal repellent product, it comes in a small container with a replaceable cartridge. Clipped onto a belt or clothing, it relies on a battery-powered fan to release the mosquito repellent into the area, surrounding and protecting the wearer. It is not applied to the skin.

If you want to avoid chemical-based repellents altogether, a few promising alternatives do exist.

“Of the products we tested, the soybean oil-based repellent was able to protect from mosquito bites for about 1.5 hours,” Fradin reports. He and fellow researchers found other oils — citronella, cedar, peppermint, lemongrass, and geranium — provide short-lived protection at best.

Oil of eucalyptus products, however, may offer longer-lasting protection, preliminary studies show. Endorsed by the CDC, oil of lemon eucalyptus is available under the Repel brand name and offers protection similar to low concentrations of DEET. Lemon eucalyptus is safe for children older than 3 years.

In the last few years, nonchemical repellents worn as skin patches and containing thiamine (vitamin B1) have arrived in some big-box stores under the name Don’t Bite Me! The science behind this repellent comes from a study done in the 1960s. It showed that thiamine (B1) produces a skin odor female mosquitoes don’t like. But no other studies have confirmed thiamine’s effectiveness as a mosquito repellent when worn on the skin. Chari Kauffmann, president of the company that sells skin patch called Don’t Bite Me!, says studies on the product are ongoing, though the company has no conclusions to report.

Hate to spray or slather yourself with any product, either chemical- or plant-based, but want to prevent mosquitoes from landing on you? Mosquito traps, a relatively new product, may be the answer. They work by emitting substances that biting mosquitoes find attractive — such as carbon dioxide, heat, moisture, and other mosquito-friendly byproducts. They attract, then trap or kill female mosquitoes. When placed strategically near breeding spots, “they have knocked [mosquito] populations down,” Conlon tells WebMD.

One new fad in mosquito protection doubles as a fashion statement. It’s insect shield repellent apparel — clothing infused with the chemical insecticide permethrin. Marketed as a must-have for outdoor enthusiasts, Conlon says the military has used this method for several years. “I wore them in the jungles of South Africa; I would recommend them to anyone going out into the woods,” he tells WebMD.

Take time to look at the big picture – in your yard, that is. It’s part of a process that Greg Baumann, senior scientist with the National Pest Management Association Inc., calls integrated pest management, and it involves identifying invasive pests in your surroundings and taking corrective actions against them. This means finding and eliminating standing water, which serves as an ideal breeding ground for mosquitoes. Clogged gutters, the crevices of plastic toys, garbage cans, rain barrels without screened covers, and bird baths are some of the biggest neighborhood breeding grounds, Baumann says.

How Risky Are Mosquito Bites?

A mosquito bite can mean much more than a few days of itching. For some people, they can cause severe allergic reactions. Plus, there are mosquito-transmitted illnesses. The West Nile virus made its first appearance in the U.S. in 1999. That year, New York confirmed 62 cases and seven deaths. By 2008, the number of cases had escalated substantially. In 2008 alone, the CDC reported 1,356 cases of West Nile throughout the U.S. and 44 deaths. Then there’s malaria, an oft-forgotten mosquito-transmitted disease. “We don’t think about it, but a million people worldwide die of malaria every year,” Baumann says.

Although malaria outbreaks in the U.S. are few and far between, the same can’t be said for West Nile, which Conlon says “is probably here to stay.” And with it, the age-old, ever-adaptable mosquito.