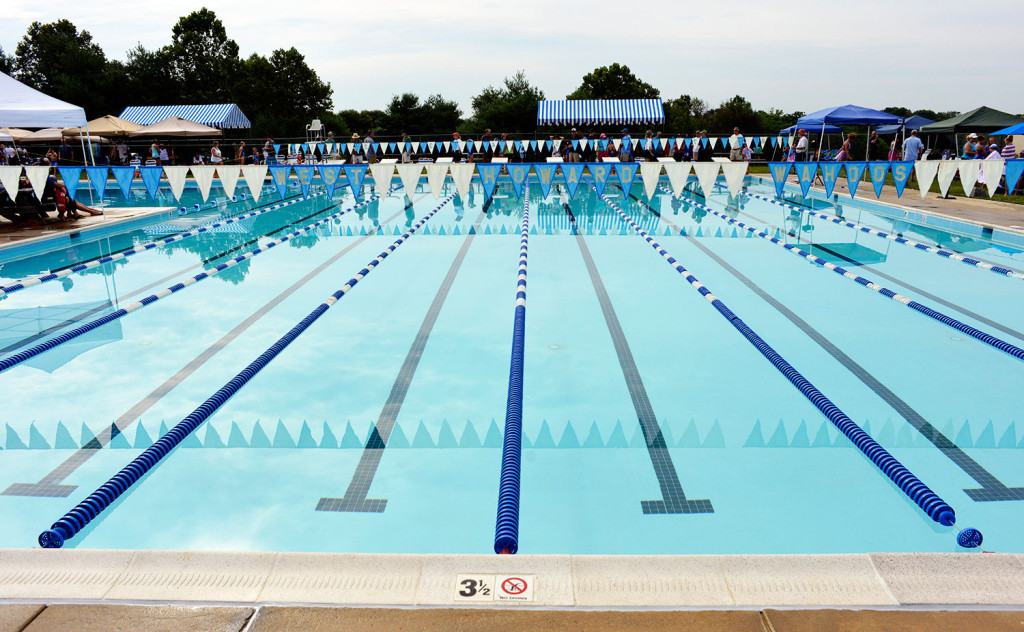 Mr. Phelps’ pending retirement  means I may no longer catch regular glimpses of him at Meadowbrook, although strong memories of him will remain etched permanently in my mind. There were the times when Mr. Phelps, as a young teenager, sparred with coach Bob Bowman during practices. Locked in a power struggle with each other much like parent and teen son, the two would face off in a war of threatening words. The pool would turn silent, not a single splash to be heard rippling through the water. From what I recall, it seems Mr. Bowman usually won.

Then there were the post-Beijing moments, when the swimming star and his coach seemed to be floating, together, on another plane than the rest of us. The most amusing memory came during this post-Beijing high. Although members at Meadowbrook knew that Mr. Phelps’ practices were sacrosanct, an attractive young woman clad in a skimpy bikini broke that reverent code, climbing up the bulkhead and bending over way low to offer the swimmer a drink in the middle of an intense workout. She may have been one of his favorite fans, but she was by no means his only one.                                                   Mr. Phelps good-naturedly welcomed devotees of all ages. He never seemed to grow weary or impatient with his adoring fans. After the Beijing Olympics, little kids would routinely be waiting at the water’s edge for Mr. Phelps to complete his workout. Dripping wet and panting, Mr. Phelps nonetheless obliged fans with his autograph. And he didn’t ask for special treatment as far as I can tell. He used the dingy locker room  like the rest of the members; I think one of my 10-year-old son’s favorite memories of Meadowbrook will remain the time when he encountered Mr. Phelps in the locker room last year, and they exchanged “heys.” Mr. Phelps’ adoring pool fans stretched beyond little boys and young women. A fellow lap-swimming middle-aged mom I’ve known for years through locker room chatter greeted me elatedly one morning last winter. She said she had something to show me. Out of her swim bag she pulled a crumpled up piece of paper. On it were a bunch of numbers, like 200 x 4, etc. It was Mr. Phelps’ workout from the day before, which had been left behind on the pool deck. Snatching it up as a souvenir of sorts, she told me she planned to laminate it. I chuckled at her star-struck nature, but I got it, too. It was pretty incredible to be swimming along, attempting earnestly to last in the pool longer than 30 minutes, and look over into the next lane and see Mr. Phelps whiz by. The sheer span of his arms, his rippling shoulders, the speed of his flipper-like feet, and that cluster of muscles in his lower back that almost resembled a fin of some sort — the cumulative effect never failed to impress. I sure am going to miss Michael Phelps.

How We Get ADHD Wrong

Could a Food Pantry Be in Your Future?