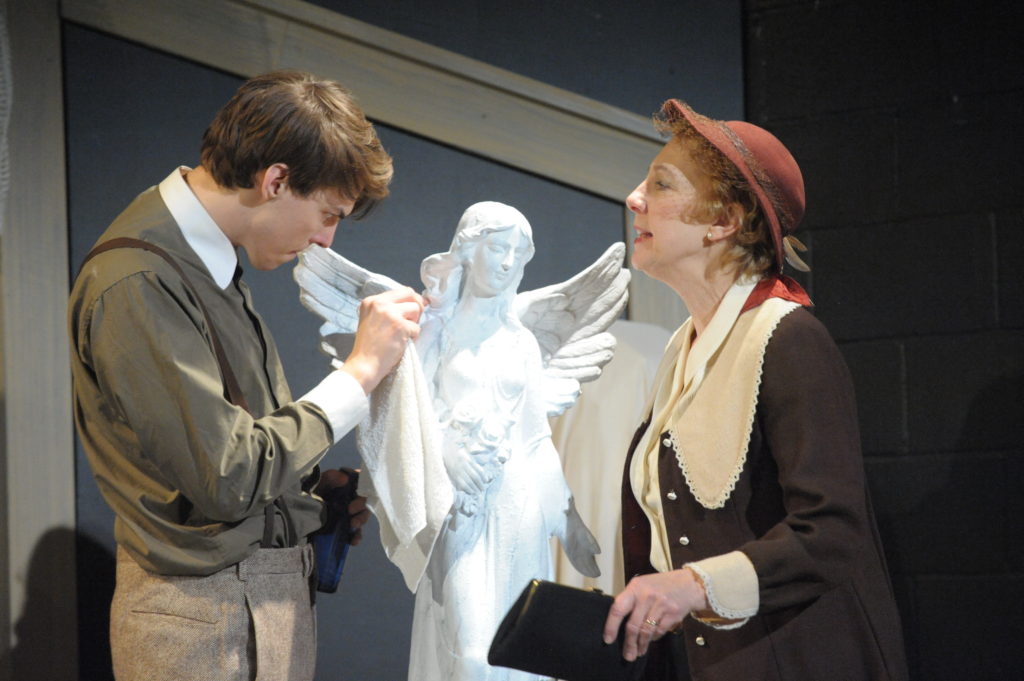 Lucinda Merry-Browne, an energetic visionary, is rarely at home. Her demanding job as founding artistic director of Annapolis’ nonprofit theater, Compass Rose, keeps her on the go. When she’s not raising funds for a new building for the theater, she is directing plays where she takes pains to nurture synergy between professional actors and child-actors-in-training. Currently, the 11-year-old Compass Rose has no fixed address; recent performances have been held in area hotels to rave reviews. But the theater’s temporary “homelessness” has not deterred Merry-Browne from guiding the theater’s intense and steadfast mission, which is to provide evocative and entertaining theater while maintaining the utmost educational and artistic standards. We recently caught up with Merry-Browne to learn more about her deep roots in theater and how they continue to expand throughout Annapolis.

It seems as if acting is in your blood. Did you show evidence of your “inner performer” as a child?

I started doing theater when I was 8, in my attic. I was one of four children; my sisters were younger. I made them do the shows. We invited neighbors in. I always wanted to perform.

What were some formative acting experiences you remember from your childhood?

I showed promise early, and my parents took me across town to the Pittsburgh Playhouse at the age of 12. I also did a lot at my high school. When I was 16, I played Joan of Arc.

You received an English degree from Duke. Why not a theater degree?

Back in the day, the closest thing you could get was an English degree. I went to Wellesley College for two years. At the time, I was frustrated. I wanted to be an actor, so I ended up going to The American Academy of Dramatic Arts, an acting school in New York City, for what would have been my college junior year. When I completed the program, I yielded to pressure to finish my degree. I got a bachelor’s from Duke in a year.

After college, you taught theater to high school students, correct?

Yes. When I got married to my first husband, who had a job teaching school in Montgomery County, I took a job as a drama teacher at a local high school there. When I first started, they gave me six English classes and one drama class. By the time I left, I was teaching six drama and one English class. I pushed it.

What impact has teaching had on you?

It opened my eyes to what theater can do for students. Some of them still stay in touch. One is a playwright in Ireland. Another is a car dealer in Gaithersburg. I got a call from him one day, and he told me he used his acting every day.

Do you prefer being behind the scenes coaching actors, or onstage in front of an audience?

I enjoy both equally. I do plan to do back onstage next season. But I’m very careful. It’s very important that the theater comes first.

Compass Rose is looking for a new home. Are you hoping to stay in Annapolis?

Yes. We have a developer, we have the architect. We just need to nail down the location. We will require state, county and city money to make it happen. We would like to be a part of the whole arts revolution happening in Annapolis.

How are you preparing for this pending change?

We’re raising funds for the building, building our board of directors, applying for grants, laying the groundwork. It’s distracting from what we’re trying to do, which is mount professional productions.

How hopeful are you that the theater will find a new home here?

I am hopeful. We have a tremendous amount of support in the community; our membership base grows 30 percent every year. And the mayor is very arts-friendly.

Annie Milli Wants You to Live in the City